With the Chappell-Hadlee trophy lost for the next couple of months at least, the New Zealand cricketers have a point to prove in tonight's third and final game in Melbourne. 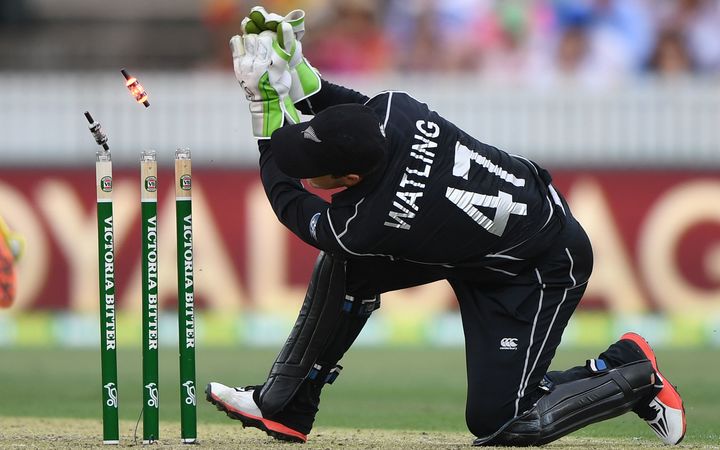 Black Caps wicketkeep BJ Watling says they haven't been great in the field against Australia and he can take some of the responsibility for that.

The Blacks Caps have so far suffered two heavy defeats, giving up 324 runs in the first game and 378 in the second.

Watling admits the bowling hasn't been at their best, but the rest of the team hasn't helped them in the field.

"It hasn't been the greatest, they've put us under pressure, they've run really well between the wickets and we haven't stepped up."

"That is my job as a keeper to make sure the boys are fizzed and are then doing their job and that is something that we can control and will have to do."

Watling says they really just want an improved performance at the MCG.

"We haven't been at our best with the ball and haven't finished well and that is definetly something we need to improve on, we also need to lift our energy in the field and coming to the MCG with its great atmosphere gives us the opportunity to do that."

Fast bowler Lockie Ferguson may get a recall for today's game, while Jimmy Neesham remains in doubt with an arm injury.

The two sides meet again in three one-dayers in New Zealand at the end of January.