Re-tests of doping samples from the 2008 Beijing and 2012 London Olympics have found another three positive tests to take the tally to 101 and more are expected. 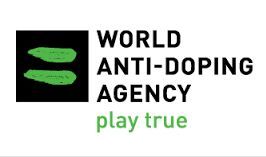 The International Olympic Committee medical director Richard Budgett said re-tests for Beijing were now finished due to a statute of limitation but he expects more positive tests from the London Games to emerge in the coming weeks and months.

"It is an ongoing programme," Budgett told reporters. "The total number is now 101. There will be many more to come (from London) in the coming weeks and months.

"It is really extrapolation. We might get five more, 10 more, I do not know," Budgett said. "We are still getting positives from....samples from London and I expect they will continue."

Of the 101 positive tests during the re-examination of samples from those two Games since August 2015, some 74 athletes have been named and notified. Russia is leading the count with 16 cases in Beijing and another 11 in London.

Kazakhstan had the second highest number of positive re-tests in Beijing with six. Ukraine was next on the list behind Russia in London with six.

The sports with the most cases in those Games were weightlifting with 38 positive re-tests and athletics with 31. The other three sports affected by the re-tests - cycling, swimming and wrestling - had single digit positives.

A total of 27 athletes have been stripped of their medals, of which one was gold, from the Beijing Games while 16 athletes lost their medals following the London re-tests, with five of them being gold.

The IOC regularly re-tests samples from past Olympics as it looks to stop cheats from competing in the next Games by using newer detection methods or looking for substances that were unknown at the time.

The re-tests for London will continue until the Tokyo 2020 Games.

"This is a top priority of the IOC," Budgett said.