Cheerleading has received provisional recognition as an Olympic sport.

Along with the martial art of muaythai the two sports will now be able to tap into some IOC funding and take part in a number of programmes, including athlete development and anti-doping. 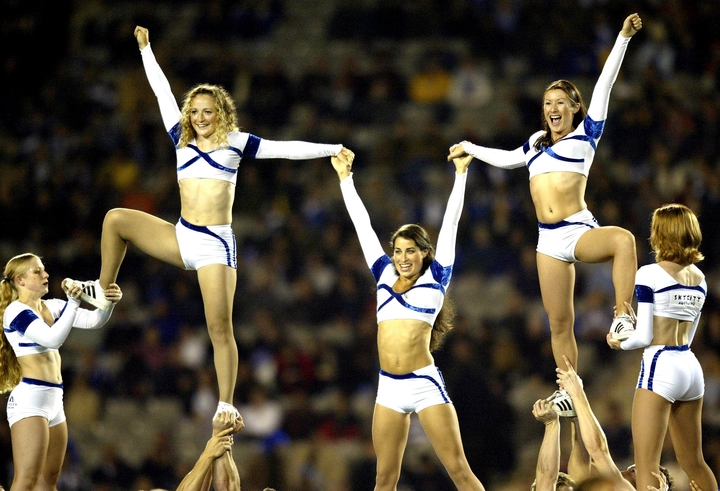 Cheerleaders atop a pyramid Photo: Photosport

They take the number of recognised Olympic sports to 37.

At the end of their three-year provisional recognition period, they can apply to become part of the Olympic Games sports programme.

"Muaythai is an organisation with 135 national federations, nearly 60 are recognised by their national Olympic Committees and nearly 400,000 registered athletes," said IOC Sports Director Kit McConnell following the decision of the IOC Executive Board.

"It is a sport with growing popularity, a strong youth focus in schools and universities and we noted that."

McConnell, said 16 sports had applied for recognition, added that both muaythai and cheerleading would receive $35,000 a year as direct funding from the IOC.

While becoming part of the Olympic Games is a drawn-out seven-year progress, the IOC has changed the rules to allow host cities to introduce sports of their choice for a one-off appearance in the Games.

Tokyo, hosts of the 2020 Games, will have surfing, sport climbing and karate among the six new sports they have included in their Olympics.