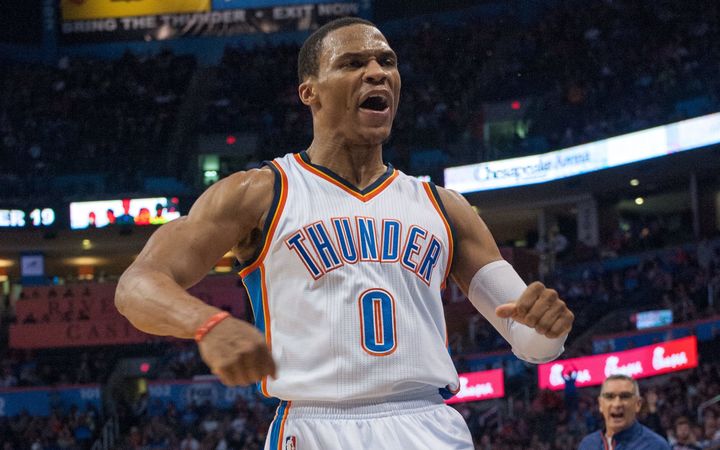 Westbrook finished with 28 points, 17 rebounds and 12 assists, the Thunder having won all five games during the star's triple-double stretch.

It was Westbrook's 10th triple-double of the season and the 47th of his career.

Jordan had seven straight triple-doubles in 1989, a run that included 10 in 11 games.

Adams left the game with an ankle sprain and failed to return.

Enes Kanter had 17 points and 10 rebounds and Victor Oladipo added 15 points for the Thunder.

Anthony Davis, the NBA's leading scorer, had 37 points and 15 rebounds for the Pelicans.

Oklahoma City led 49-41 at half-time, by which time Westbrook had 12 points, nine rebounds and six assists, while Davis had 24 points and 10 rebounds.