Australia rugby coach Michael Cheika will be looking for improvement from the Wallabies next year after losing nine of 15 tests in 2016, but they will have to find it without David Pocock as the standout loose forward embarks on a sabbatical.

The year off was agreed by an Australian Rugby Union desperate to keep the world's best poacher out of the clutches of wealthy European clubs. 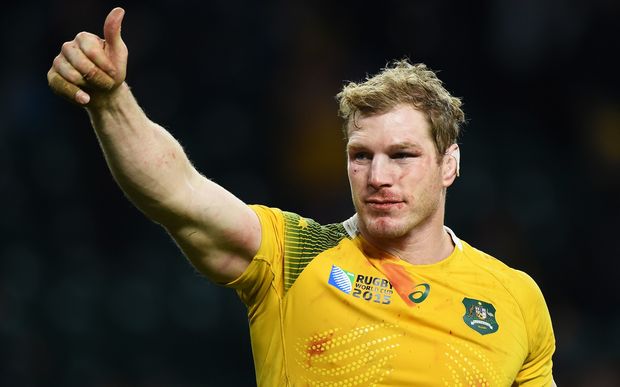 The three-year agreement means he will be back in Wallaby gold for the 2019 World Cup.

Pocock has always countered the rugby player stereotype with his environmental and social justice activism and he admits the desire for a year out of the game to pursue other interests is consistent with that "otherness".

"Rugby is certainly something that I really enjoy but I think like everyone I'm interested in other things and I feel pretty lucky to be able to take some time off to be able to pursue them and then get back into rugby."

Losing one of your best players for a year is far from ideal but it could have been worse for Australia as Pocock said he had originally intended to retire by the time he reached 28, his current age.

"In my head, 10 years was always a pretty good chunk of time and then I figured it would probably be time to move on," Pocock said.

"I don't know why I thought that, but having the two years out with injury, getting back into it last year and really enjoying being part of this Wallaby setup, I'm really keen to get to the next World Cup.

"I figured having some time off next year was, in my mind, probably the way to do it, to freshen up physically and mentally and then back myself to get back into some form."

Pocock is off to Japan to see out the season with the Panasonic Wild Knights, where he reunites with former Wallabies coach Robbie Deans, before heading back to his native Zimbabwe to participate in conservation projects.