The Black Caps have lost the first Chappell-Hadlee One-Day-International against Australia in Sydney. 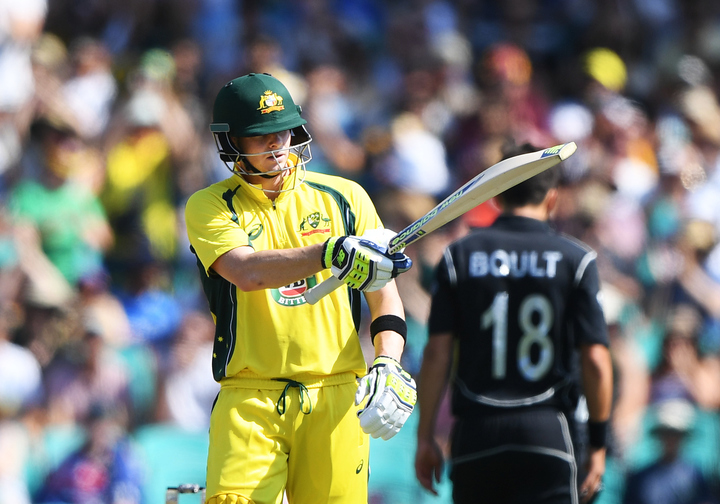 Australian captain Steve Smith celebrates his 50 in the first ODI in Sydney on 4 December 2016. Photo: PHOTOSPORT

Look back at all the highlights and lowlights here.

The hosts total appeared out of reach for the visitors midway through their innings as Guptill's partners struggled to stick around at crucial points in the match.

Jimmy Neesham appeared to be Guptill's partner of choice before he tried attacking Josh Hazlewood's bowling only to be caught by Mitchell Marsh in the deep on 34.

Colin Munro produced a tail-end knock of 49 to give New Zealand a slim chance but was caught by George Bailey off the bowling of Pat Cummins.

Australia captain Steve Smith was pivotal in the game and was awarded man-of-the-match for his 164 runs with the bat and superb fielding efforts.

Travis Head picked up where Smith left off - reaching 52 and more importantly, helping Australia to 324.

The second Chappell-Hadlee match is in Canberra on Tuesday.