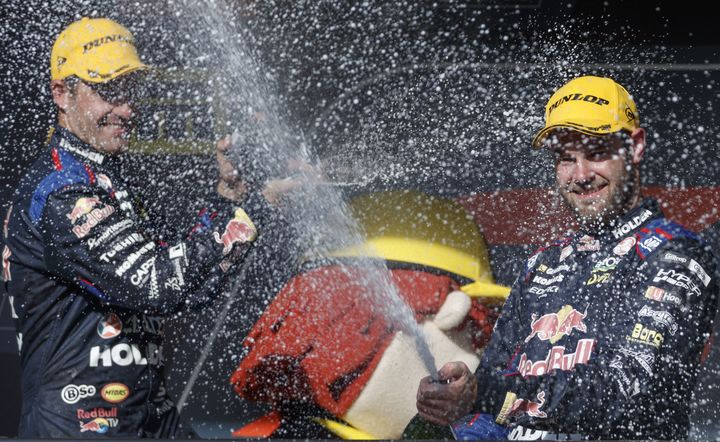 The Holden driver was third in the penultimate race of the season in Sydney today giving him enough points to claim the title from the race winner Jamie Whincup.

It was a dramatic race for van Gisbergen, who started from pole position before falling back to 22nd after being forced to drive through the pit lane as a penalty for contact with another car.

The 27-year-old clawed his way back through the field in the last 20 laps, however, to claim the title. 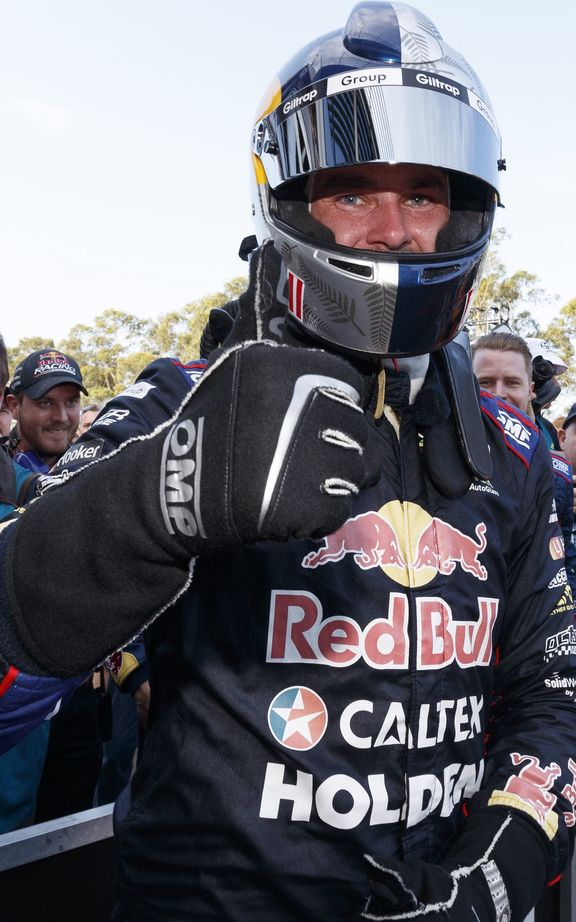 The Kiwi had a 148 point advantage over Red Bull Racing teammate Whincup going into the final two races at Sydney Olympic Park, needing fifth or better to wrap up the title in the first of the two 250km races.

After setting a lap record to qualify on pole, van Gisbergen muffed the start as he was pushed back to sixth place.

Then in attempting to recover, the Kiwi was unusually timid in a passing manoeuvre on defending champion Mark Winterbottom, and the pair collided.

The Kiwi was given a drive-through penalty as a result which pushed him back to 22nd with most of the 74 lap race to run its course.

After working his way through the field, and running on much longer stints, he took his chance with a sole safety car when Dale Wood hit the wall.

Van Gisbergen had the advantage to pit under the yellow for the final time, and with much younger and fresher rubber, he smoked through the field.

Despite gaining the crucial fifth place on the track, which secured the championship, Van Gisbergen pushed on in typically aggressive driver to engage in a frantic battle with compatriot Scott McLaughlin and Holden's James Courtney for the final place on the podium.

Despite caution messages from his team over the radio, the belligerent van Gisbergen prevailed, passing firstly McLaughlin and then Courtney to finish third.

Teammate Whincup dominated to win comfortably from Holden's Garth Tander but all eyes were on van Gisbergen. 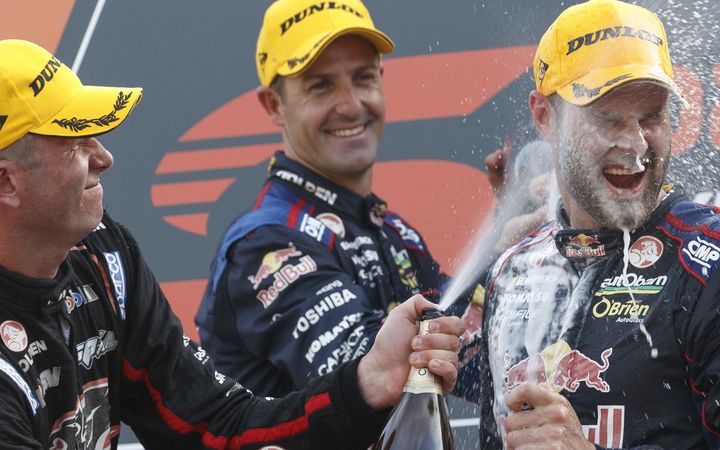 "It's a pretty amazing feeling. I am sorry to Mark, I went up the inside and didn't commit. I thought 'you pussy- you didn't go in hard enough', so it was my fault," the new Supercars champion said.

"It was an awesome car to come through like that. We had a lucky safety car but it was good racing and a big battle with James and Scotty at the end.

The last New Zealander to win the championship was Jim Richards in 1991.

The fourth placing by McLaughlin elevated him to third in the championship ahead of Lowndes going into the final race tomorrow.

Sunday's 250 km race brings the curtain down on the 2016 Supercars series.