Only disaster will prevent Shane van Gisbergen from becoming the first Kiwi driver to claim the Supercars championship title in 25 years this weekend. 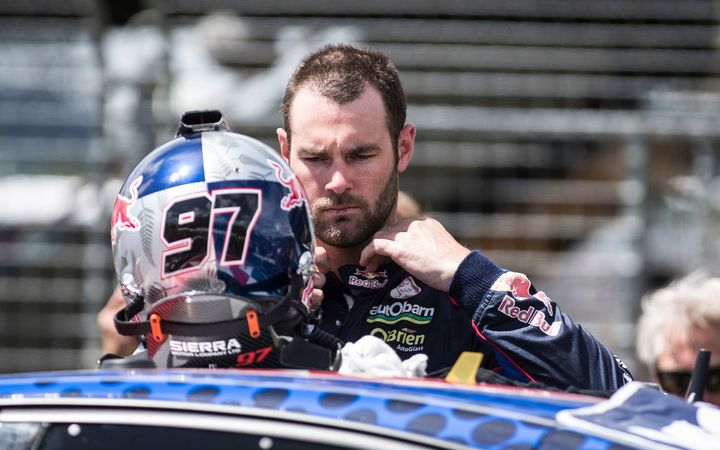 But the Red Bull Racing gun claims he is not daring to dream of a maiden crown just yet ahead of the season finale, the Sydney 500.

Van Gisbergen heads into the final round with a 191-point buffer over nearest rival, Holden teammate and record six-time series champ Jamie Whincup.

Just 300 points are on offer over the two-race weekend.

The Kiwi young gun needs to finish fifth or higher in both 250km races to become the third Kiwi to clinch the Australian touring car crown, and first since his idol Jim Richards in 1991.

Van Gisbergen has already been hailed as one of New Zealand's greatest sporting exports since the All Blacks by four-time Bathurst 1000 winner, fellow Kiwi Greg Murphy.

But the 27-year-old is not getting ahead of himself.

"I do (love the All Blacks) but I don't think I am on that level," van Gisbergen told Fox Sports TV.

"To be honest I am not thinking about that (championship).

"I am not allowing myself to dream just yet."

It would mark the first time a team had clinched a 1-2-3 season finish if veteran Lowndes can hold out Volvo's Scott McLaughlin for third.

Van Gisbergen insisted there had been no awkward moments in the RBR garage with the Kiwi poised to steal the thunder from high profile teammate Whincup.

"It's been good. From mid-year onwards not only Jamie but also Craig and I have worked together and it's something I have enjoyed," he said.

"We just have one rule - don't take each other out."

Whincup conceded he was a "long shot" but was not giving up on an unprecedented seventh series title.

"Shane is the box seat without doubt but never say never," he said.

"I always regard the championship as the biggest prize even over the top of Bathurst.

"I am in contention, it's a long shot so I am certainly not getting my hopes up.

"But at the same time I am not giving up."

This weekend will draw the curtain on the final Sydney 500 before the round is relocated to Newcastle next year.