New Zealand have finally made a breakthrough on the final day of the second cricket test against Pakistan in Hamilton.

Needing 369 to win, Pakistan have gone to tea at 158 for one, with the spinner Mitchell Santner making the breakthrough to end the tourists opening stand of 131.

The batsman out was stand in captain Azhar Ali who made 58. Sami Aslam is unbeaten on 75.

Azhar Ali was fortunate not to be out just before lunch.

He was given not out lbw off the bowling of medium pacer Colin de Grandhomme but Black Caps skipper Kane Williamson took too long to seek a review and when he did it was disallowed by the on field umpires. 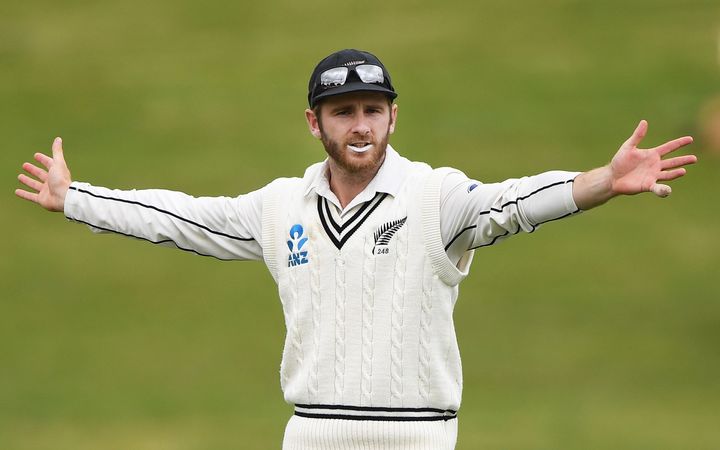 The Black Caps have gone wicketless in the opening session on day five of the second test against Pakistan. Photo: Photosport

Subseqent television replays showed Ali was out, which would have given the Black Caps their first wicket.

New Zealand need only draw the match to win the series one nil.

Look back on the match here: