Ross Taylor ended a poor run of form to score his 16th test century and bat New Zealand into a potentially series-winning position in the second cricket test against Pakistan in Hamilton.

Already 1-nil up in the two-match series after an eight-wicket win in Christchurch, New Zealand declared their second innings at 313 for five, just after Taylor reached the milestone, and set Pakistan a victory target of 369.

Azhar Ali and Sami Aslam safely batted out the three overs they needed before play ended to take their side to one for no wicket.

They will face a minimum of 98 overs on Tuesday. 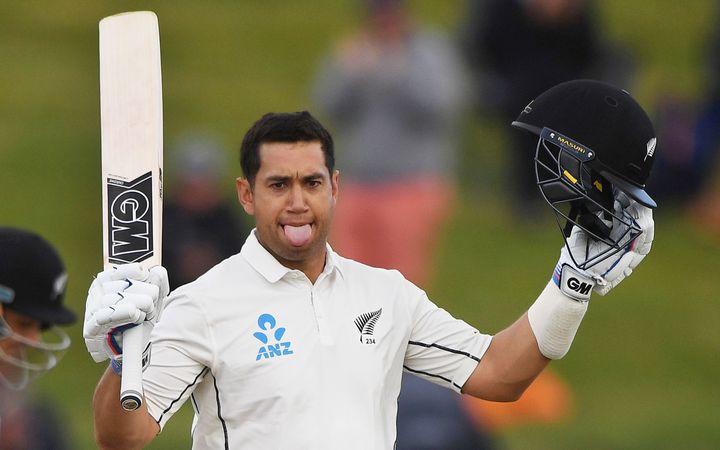 Taylor is now one century behind the New Zealand record of 17, held by Martin Crowe.

Taylor, who had not passed 50 in 11 innings since scoring 67 not out against Zimbabwe in August, brought up the century when he cut Imran Khan backward of point for his 16th boundary.

Latham, who survived a close run-out chance while on 22 when substitute fielder Yasir Shah hit the stumps from side on, moved to his 11th test half century in the over before lunch with three fours off Mohammad Amir to take his side to 97 for one. 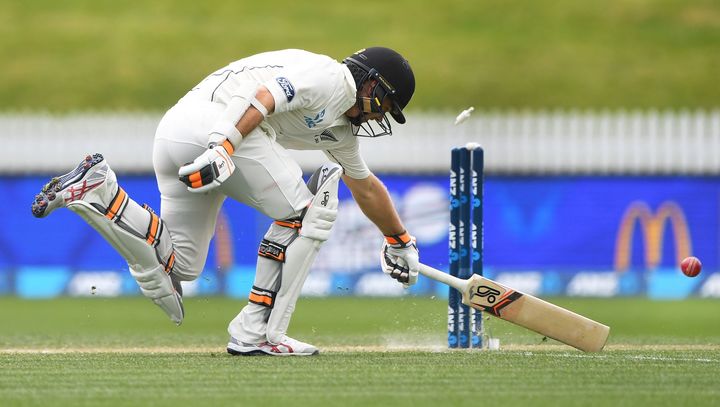 However, just when he looked well set to score his sixth test century after lunch, he got an unplayable short delivery from Wahab Riaz and ballooned a catch to wicketkeeper Sarfraz Ahmed to be dismissed for 80.

Williamson was the only other wicket to fall after lunch when he received a delivery from Imran that angled in then straightened off the seam and was caught by Sarfraz for 42.

Jeet Raval was earlier trapped in front by Amir for two.

The wickets of Henry Nicholls (26) and Colin de Grandhomme (32 from 21 balls), fell after tea.

Pakistan have not lost a series since they were beaten 2-0 in Sri Lanka in August 2014, winning five and drawing two, which included one drawn series in England earlier this year that gave them the top test ranking before India moved past them.

Look back on the day's play here: