The Danes had been a dominant force all week; with a stunning round of 60 in the fourballs on Friday helping them carry a four-shot lead into a final day where they played the same format. 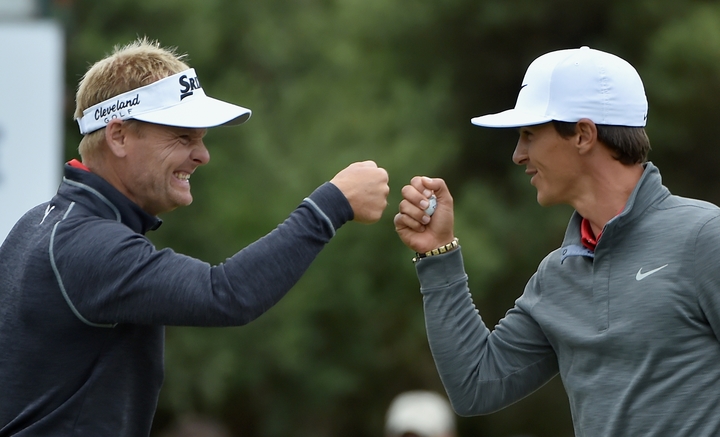 They did not have it all their own way, however, and the lead was cut to one shot on the back nine as the United States and China both kept applying pressure, whilst France and Sweden made late surges.

But a run of five birdies in six holes from the tenth reasserted the Danes' dominance, and Kjeldsen and Olesen ultimately ran out comfortable victors after finishing on 20 under par courtesy of a closing round of 66.

"It's been an absolutely incredible week. I've enjoyed it so much. I've enjoyed the camaraderie with Thorbjorn. I've been so impressed by his game, his attitude, and I think we've had a great time and that reflects in the result," said Kjeldsen.

Olesen said he also enjoying the camaraderie generated by the team format,

"I had that feeling every time on the green when I got there, I really wanted to hole the putt and I felt like I could hole the putt, and all of a sudden on the back nine they just started rolling in.

"It was not just for me, it was for Søren and me. That's very special when you hole a putt and you can fist pump or something after it, it makes it a lot more fun."

The French pair of Victor Dubuisson and Romian Langasque shared second place alongside China - represented by Wu Ashun and Li Haotong - and the United States duo of Rickie Fowler and Jimmy Walker.

The New Zealand pair of Danny Lee and Ryan Fox finished tied for 11th on 10 under par. 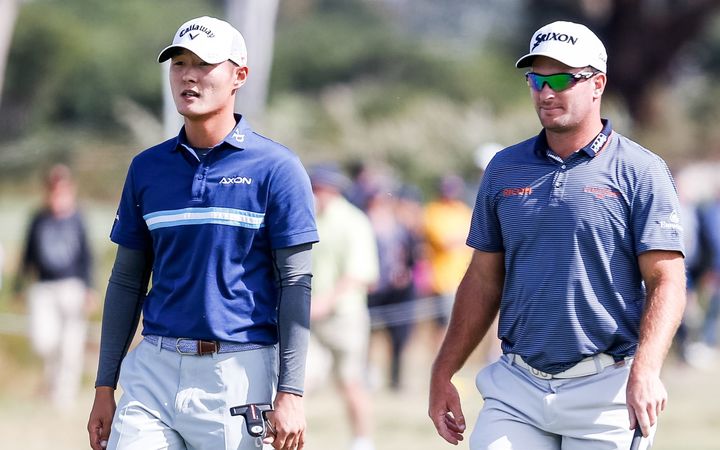 Danny Lee and Ryan Fox at the 2016 World Cup of Golf. Photo: PHOTOSPORT