The Black Caps have suffered major setback ahead of the second cricket test against Pakistan with opening bowler Trent Boult ruled out with a knee injury.

Boult has had knee trouble since the tour of India and the condition flared up at training yesterday.

Boult has been having treatment on his right knee but coach Mike Hesson says Boult aggravated it further while fielding in the first test in Christchurch. 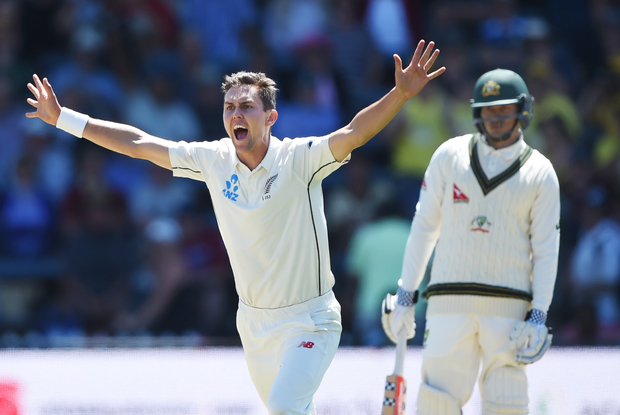 Hesson says they were initially optimistic he'd be fit to play in the second test starting in Hamilton tomorrow but problem flared up again yesterday.

Hesson says they remain hopeful Boult will be able to play in next month's one day series in Australia.

Doug Bracewell has been called into the squad as Boult's replacement.

The Black Caps lead the two test series one nil and a draw or a win in the second test will secure New Zealand's first series win over Pakistan in more than 30 years.

Meanwhile the New Zealand wicketkeeper BJ Watling is playing down the significance of winning the toss in Hamilton.

In the first Test in Christchurch, the Kane Williamson-skippered Black Caps had the tourists on the back foot from the start, dismissing them for 133 in their first innings before going on to win by eight wickets.

However, Watling believes it was the Black Caps' bowling more than the helpful pitch that paved the way to victory at Hagley Oval.

Watling is expeting the Pakistan, the world's second-best Test team to be far more competitive at Seddon Park saying seam bowling conditions will play to the strength of both teams.