Australia have named uncapped all-rounder Hilton Cartwright and thrown Glenn Maxwell a lifeline in a 14-man squad for a three-match one-day international series against New Zealand next month. 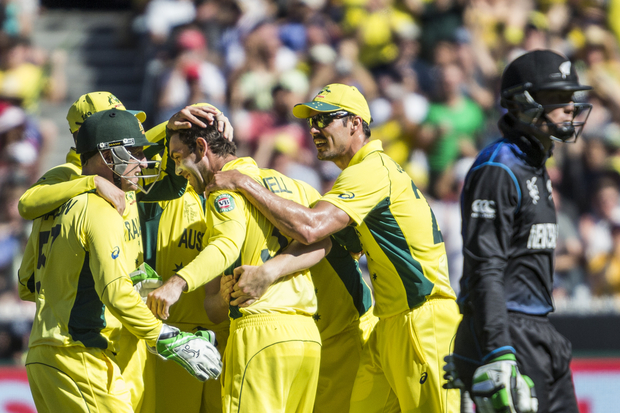 Glenn Maxwell and the Australian team celebrate after getting the wicket of Martin Guptill. Photo: PHOTOSPORT

Selectors have also recalled front-line pace bowlers Mitchell Starc and Josh Hazlewood after the pair were omitted from an under-strength squad humiliated 5-0 during their tour of South Africa.

Western Australia all-rounder Cartwright, who was born in Zimbabwe, impressed during the recent Australia A series against India in Queensland.

Interim chairman of selectors Trevor Hohns said on Wednesday they had been watching the 24-year-old's development.

"Hilton bowls useful aggressive medium-pace and is a very good striker of the ball," said Hohns in a media release.

"He is an exciting young prospect for Australian cricket and we have been watching him at the pathway level for some time now." 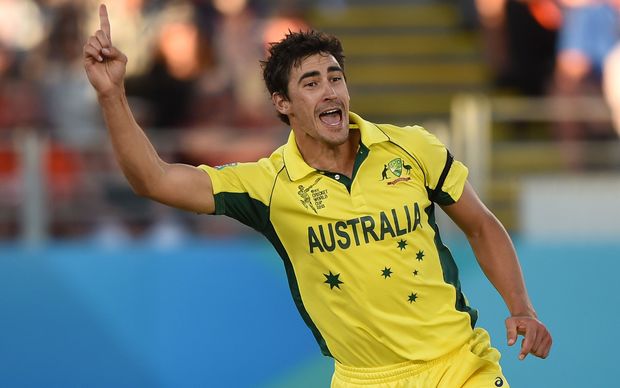 Mercurial all-rounder Maxwell returns from the international wilderness after being ignored for the tour of South Africa following a lean run with the bat.

Selectors were criticised by former players and pundits for sending a second-string pace unit on that tour but have picked a strong squad for the home matches against New Zealand in Sydney (Dec. 4), Canberra (6th) and Melbourne (9th).

Paceman Pat Cummins, who has endured a wretched run of injuries since his 2011 debut against South Africa, is back in the international frame for the first time in 14 months.

"It is fantastic to see Pat back in Australian colours again," said Hohns. "It has been a frustrating period for him but we are certainly excited to have him fit and firing ahead of this series."

Hohns' ODI squad will go some way to deflecting the fierce criticism heaped on selectors in recent months for failing to pick the nation's best players in short format series.

South Africa skipper Faf du Plessis said the 5-0 whitewash left "scars" on the Australians and gave the Proteas a huge boost of confidence before they wrapped up the ongoing three-test series against the same opponents with a game in hand.

The third and final test starts in Adelaide on Thursday.