World Rugby disciplinary chiefs have admitted that All Blacks centre Malakai Fekitoa should not have been on the field to score the winning try in New Zealand's 21-9 victory over Ireland. 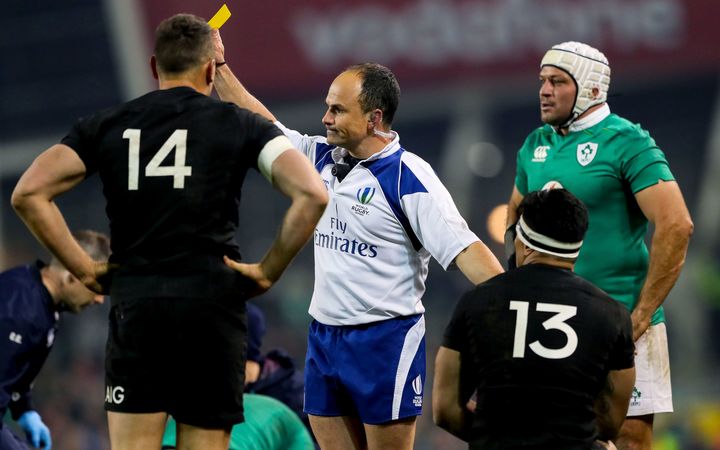 Malakai Fekitoa, in the number 13 jersey, is sinbinned during the Ireland test. Photo: Photosport

Fekitoa has been suspended for one week for his high tackle on Simon Zebo that only drew a yellow card in the weekend's feisty Dublin clash.

Referee Jaco Peyper sin-binned Fekitoa in a controversial match that later drew 12 citing referrals, 11 pertaining to the All Blacks.

Fekitoa scored two of New Zealand's tries, but avoided a red card that disciplinary bosses have now conceded should have been issued.

"The disciplinary committee found that Fekitoa's actions would have warranted a red card, albeit that he had acted recklessly rather than intentionally," World Rugby said.

Malakai Fekitoa has been suspended for a week. Photo: PHOTOSPORT

Flanker Sam Cane was also up before a disciplinary hearing, after a high tackle, that he was penalised for, which left Robbie Henshaw unconscious.

Cane collided with Henshaw early in the match, and Henshaw was stretchered from the field unconscious.

Cane, who contested the charge was found not guilty.

The discplinary panel ruled Cane's tackle, when his shoulder collided with Henshaw's jaw, was accidental.

Cane is unavailable for the All Blacks final test of the year against France in Paris this weekend, as he suffered an ankle injury in the Ireland test victory. 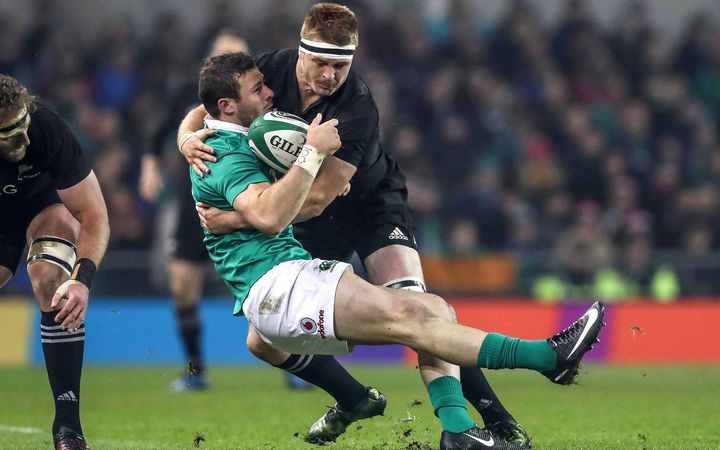 Sam Can was cleared over his collision with Robbie Henshaw. Photo: PHOTOSPORT

Ireland team manager Mick Kearney said earlier in the week the team were disappointed with the officiating fall-out.

Governing body World Rugby issued a stark warning before the November Tests that any dangerous or head-high tackles would be punished harshly.

Players were warned that red cards could be issued, but New Zealand managed to avoid such censure in their three-try win in Dublin at the weekend.

Fekitoa will miss New Zealand's final test of the year against France in Paris on Sunday.