The Fiji men's rugby sevens team has been named the best male team of the Rio Olympics.

They received the honour at the Association of National Olympic Committees awards in Doha. 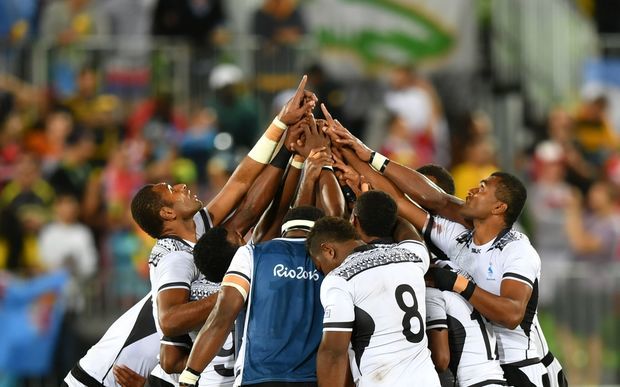 Britain finished second in the medal table, ahead of China for the first time, winning 27 golds, 23 silvers and 17 bronzes - and became the first team to win more medals after hosting the Games.

Growing up in the infamous "City of God" in Rio, Silva took up judo at the age of seven as her parents were concerned about violence within the favela.

She became the first Brazilian judoka to become world and Olympic champion.

The 10-strong Refugee Olympic team won the award for inspiring hope through sport.

The 10 competed across three sports: swimming, athletics and judo, in which Popole Misenga was the most successful team member, advancing to the round of 16 in the men's -90kg division.