Irish rugby has scored a double victory over New Zealand in the space of a week.

Following Ireland's historic win over the All Blacks last weekend in Chicago, Munster has beaten the Māori All Blacks 27-14 in Limerick. 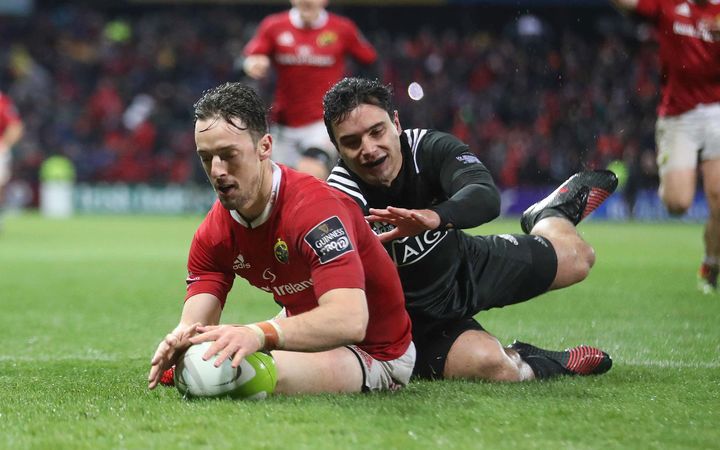 Munster capitalised on numerous mistakes from the Māori in wet and windy conditions in Limerick scoring four tries to two.

James Lowe and Ambrose Curtis scored tries for the visitors.

Following the haka before the start of the match, the Māori captain Ash Dixon presented the sons of the late Anthony Foley with a jersey. 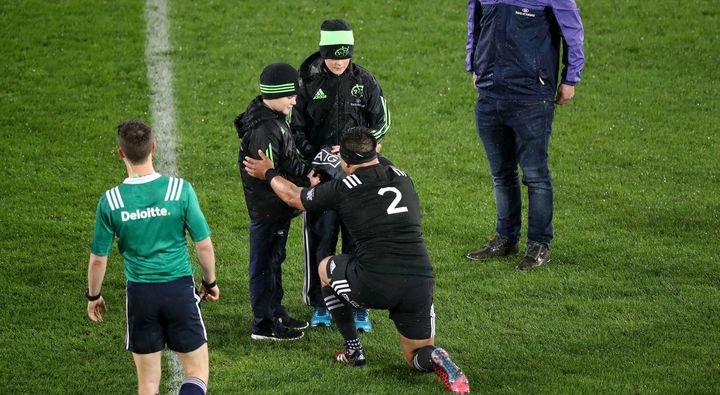 Munster vs Maori All Blacks 2016. Maori captain Ash Dixon presents Anthony Foley's children Dan and Tony with a jersey with his initials on it Photo: PHOTOSPORT

Munster is one of the few Irish sides to taste international success, having previously beaten both the All Blacks and Australia.

The Māori All Blacks now head to London to play Harlequins in the last game of their tour.