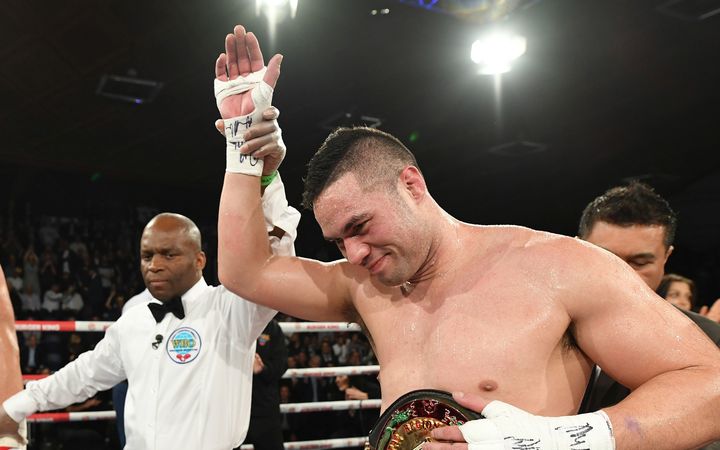 The venue was confirmed at a media conference this morning.

The New Zealand boxer is set to face the Mexican-American Ruiz on 10 December.

Duco chief executive Martin Snedden said it had been a "rocky, volatile" few weeks, as he confirmed the Auckland venue.

But he said it was now time to enjoy the build-up to next month's bout.

"This will capture people in Auckland and New Zealand Joseph has become a figure new Zealanders have really warmed to."

He said the bout was Parker's first "big, big moment in time" and that there was still a lot to do before the event took place in 32 days.

Mr Snedden said the company was taking a financial risk by hosting the event, but it wanted to give Joseph Parker the home advantage.

However Snedden said Duco had not secured all the sponsorship it needed but it was now at a threshold where it was prepared to take this risk, and it had to go for the home advantage.

"It's a great moment in time, but it's just another step in the story of Joseph Parker.

"We believe Parker will win, and will carry on, and add to his titles."

The WBO title was vacated by Briton Tyson Fury last month after revelations he was suffering from depression and drug addiction.

Parker will become the first New Zealander to fight for a world heavyweight title since David Tua's failed bid against Lennox Lewis 16 years ago.

For the past few weeks, Duco has been trying to secure the seven-figure sum required for the fight to happen in Auckland, but withdrew their bid for public money to help stage the event, citing reaction from the public, media and politicians.

Auckland Tourism Events and Economic Development last week clarified speculation about whether it would put public money in, saying it would not be making a financial contribution to the fight.