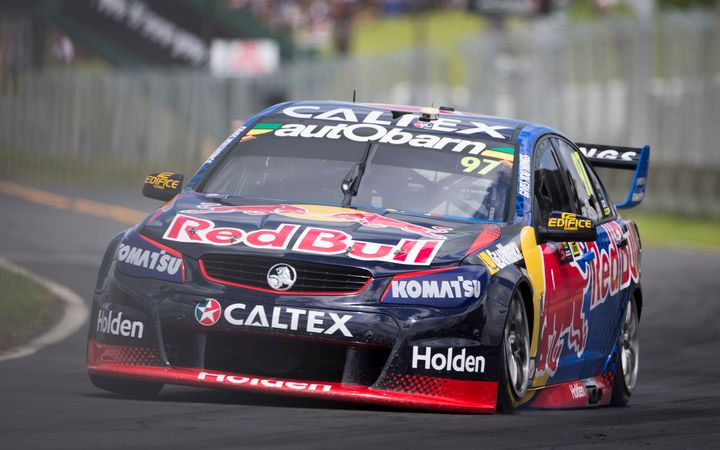 Whincup broke the lap record in yesterday's practice session, slashing three tenths of a second off van Gisbergen's record he set earlier in the day.

Van Gisbergen said he will be relaxed heading into today's racing despite having Whincup hot on his tail.

"All three of us are working well together and trying to keep the cars fast so for me it's like every other weekend.

"The championship is there but my approach is the same - four good races with no mistakes is my goal and I'll be happy," van Gisbergen said.

Meawhile Whincup says he doesn't think he'll have any psychological edge over is team-mate despite being the defending champion at Pukekohe and slashing his lap record.

"We didn't expect to be going this quick," Whincup said.

"The temperature is pretty cool but on the hard tyres there's a lot of grip out there which you generally find after a little bit of rain as well, generally the track is high grip.

"I don't take anything out of the time but I'm sure we are both feeling good that the cars are there or thereabouts and we'll keep grinding it out as the weekend goes.

Two qualifying races start the day off at Pukekohe today before the first two sprints begin this afternoon.