Leicester's winning run in football's Champions League came to an end while Tottenham suffered another defeat at Wembley to hamper their hopes of qualification. 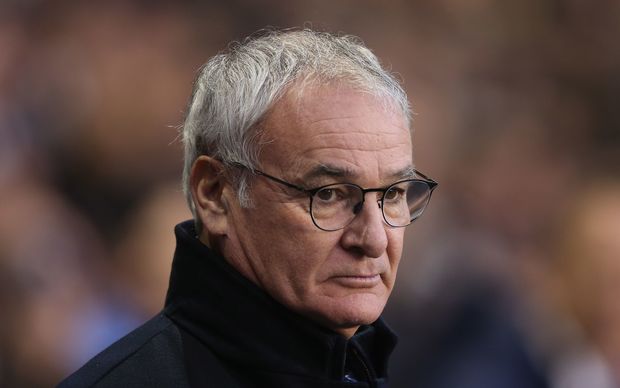 Premier League title holders Leicester would have reached the last 16 with a fourth successive victory in the competition, but a 0-0 draw at Copenhagen means Claudio Ranieri's side have a five-point advantage over the third-placed Danes with two games remaining.

A point was only confirmed by Kasper Schmeichel's last-minute save from Andreas Cornelius and the Foxes are still yet to concede a goal since arriving at Europe's top table.

Tottenham's chances of claiming a top-two berth in Group E were dented by another loss in their adopted Champions League home of Wembley.

Kevin Kampl's second-half winner earned Bayer Leverkusen a 1-0 success and left Spurs with just one win from seven games at the national stadium, and two defeats there in this year's competition.

The loss ensured Tottenham slipped to third in the group, two points behind Leverkusen and four behind Monaco, who ran out 3-0 winners over CSKA Moscow, with ex-Manchester United and Chelsea forward Falcao scoring twice.

Borussia Dortmund were the only club to qualify on Wednesday night, and they did so without star striker Pierre-Emerick Aubameyang.

The Gabon international was omitted from the squad hours before kick-off, with Dortmund citing "internal reasons" for his suspension, though his teammates went on and claimed a 1-0 victory anyway as his replacement Adrian Ramos headed in against Sporting Lisbon.

Real Madrid could not join Dortmund in going through as they were held to a thrilling 3-3 draw against Legia Warsaw, who became the first Polish team to claim a point off the 11-time European Cup champions.

Real had gone 2-0 up through a brilliant Gareth Bale half-volley and Karim Benzema's finish but Legia, hosting the game behind closed doors following a UEFA stadium ban, fought back with goals from Vadis Odjidja-Ofoe, Miroslav Radovic and Thibault Moulin and were leading with seven minutes to go.

Croatia international Mateo Kovacic spared Real further embarrassment with an equaliser which earned them a point, but they face qualifying in second place now after Dortmund moved two points clear in Group F.

Sevilla look set to join them in the knockout stages having thrashed 10-man Dinamo Zagreb 4-0, while Juventus and Lyon drew 1-1 in the other Group F contest after Gonzalo Higuain's opener from the penalty spot was cancelled out by Corentin Tolisso.

In the night's other game, a Tomas Pina own goal earned Porto a 1-0 win over Club Brugge to leave the Belgians still pointless in Leicester's group.