Ferrari's Sebastian Vettel is set to escape a heavy sanction after apologising to Formula One race director Charlie Whiting and the FIA for his expletive-laden rant at the Mexican Grand Prix. 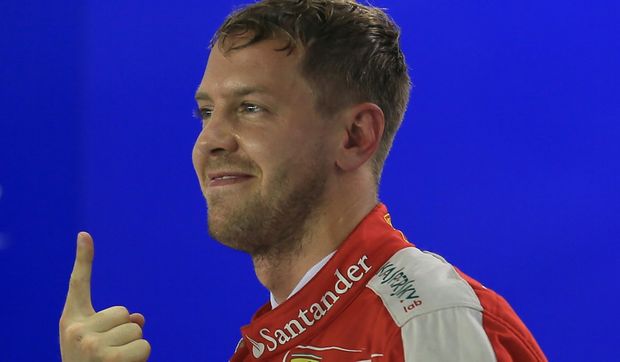 A source from the FIA, said the four-times world champion would not be summoned to appear before the governing body's international tribunal, which hears disciplinary cases not dealt with by race stewards.

The tribunal could have imposed anything up to a race suspension.

The source said the FIA would make clear to Vettel, however, that there would be a tough response if there was another such outburst.

Red Bull team principal Christian Horner had said on Monday that he expected some sort of punishment for Vettel.

"In any sport, what you cannot do is give abuse to the referee essentially," he said.

"So, I would be surprised if that went unreprimanded."

Vettel's abuse was broadcast to a worldwide television audience on Monday with the swear words beeped out.

Some of his anger was directed at Whiting after race direction did not immediately order Red Bull's Max Verstappen to let him past when the Dutch teenager gained an advantage by exceeding the track limits while defending third place.

Vettel was promoted to third after the race, and appeared on the podium, before being demoted back to fifth for an illegal defensive move of his own against Verstappen's team mate Daniel Ricciardo.

The Australian was moved up to third.

FIA president Jean Todt had asked stewards after Monday's race for a report into Vettel's abuse of Whiting, who is also the FIA's technical head and a highly respected figure in the paddock.

Vettel, who won his titles with Red Bull, has had a difficult year with Ferrari failing to win a race with only two of 21 remaining.

"He's obviously a bit frustrated with how the season's gone, he probably thought that maybe they had a chance to fight Mercedes but it hasn't worked like that," commented former team mate Ricciardo.