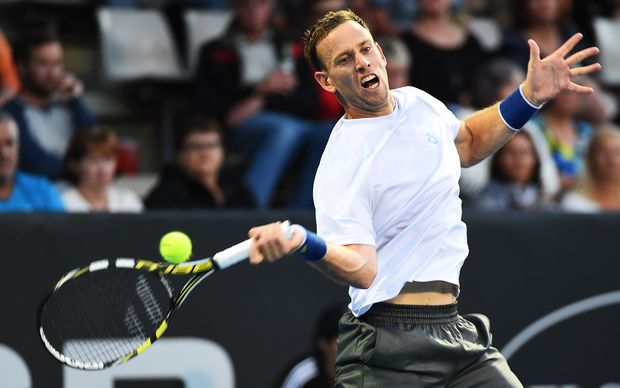 It'll be the ninth final of the year for the Aucklander, who's ranked 39 in the world in doubles.

Though Venus has won four of those finals, this is the biggest yet for him, with the ATP 500 tournament worth more prize money and rankings points compared to the ATP 250 tournaments he's won previously.

This is the first time Venus and Lindstedt have teamed up and the New Zealander says he's happy with how they've played so far.

"It's nice to play well in a big tournament like this," Venus said.

"We made some simple mistakes in the first set and we got totally outplayed, but in the second set we played to our strengths and then were able to hold on.

"We've had some good results in this tournament and played well against top teams. It's good to know there's still a few things we can improve on as well."

Venus and Lindstedt will face fourth seeds Marcel Granollers of Spain and American Jack Sock in the final tomorrow.

"We're confident with the way we are playing. The final will be tough, both players are top singles and doubles players, but we'll go out there and work on a plan and get out there and see what happens," Venus said.

Making the final is likely to improve The New Zealander's ranking to the low 30s, while a tournament win would propel him into the top 30 in the world.