The Kiwis have begun their Four Nations rugby league title defence with a thrilling 17-16 win over England in front of a sold-out crowd in Huddersfield. 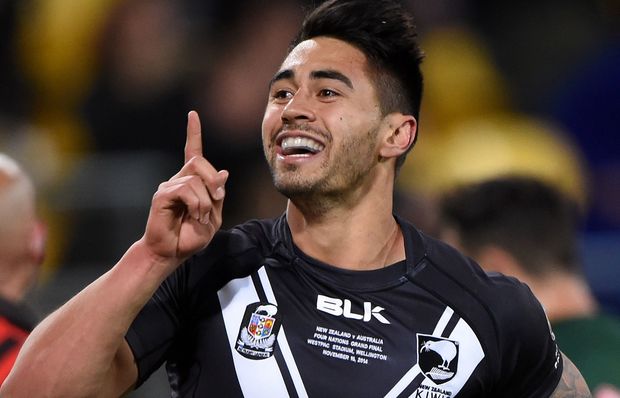 Both teams were hoping to start their campaigns with a win, with a drop goal from New Zealand halfback Shaun Johnson 10 minutes before the end of play proving the difference between the two sides.

England started the stronger in front of a hugely expectant home crowd of more than 24,000 in West Yorkshire, but had only two successful Gareth Widdop penalties to show for their early dominance.

The introduction of Martin Taupau from the bench proved to be the key to New Zealand's coming into the game, with the Manly prop and the outstanding Jason Taumalolo making some huge inroads against the physical English pack.

New Zealand led 6-4 at half time after Jordan Rapana hauled in man of the match Johnson's cut-out pass to go over in the corner after Jordan Kahu had kicked an earlier penalty.

The Kiwis got off to a flying start after halftime when Johnson pounced just after the restart by picking off a poor pass from Widdop to race 70m and score. 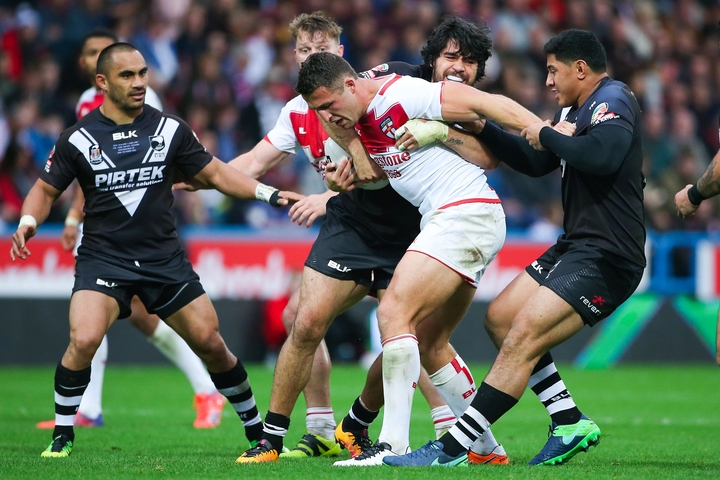 But England hit back through winger Jermaine McGilvary on his home ground, finishing off a sweeping move that stemmed from a penalty awarded against Adam Blair for a strip on Sam Burgess.

Rapana then added his second try with a brilliant effort, avoiding three tackles after being put free by Manu Ma'u to cross the line.

But Kahu's kick came back off the posts and England locked up the scores with a brilliant finish from Ryan Hall - his 29th try in 29 appearances - with Widdop converting it.

It was Johnson who had the final word, snapping a field goal from 20m to seal the win.

Kiwis' coach David Kidwell said the drop goal wasn't a play they had trained for, but he expected his team to take those chances when they appeared.

"I'm all about players taking the opportunities and he's seen one and took the opportunity and it ended up being the winning field goal," Kidwell said.

"Shaun at that stage of the game, I think Thomas (Leuluai) was off at that moment, and we really needed him to take control and I thought he did that."

Thomas Leuluai was taken from the field early in the second half with a head injury.

Kidwell said Leuluai would be assessed over the next few days, but hoped he'd be fit to face Australia at Coventry next week."