Joseph Parker's team has announced they have withdrawn their bid for public money to help them stage the New Zealand boxer's world title fight in Auckland. 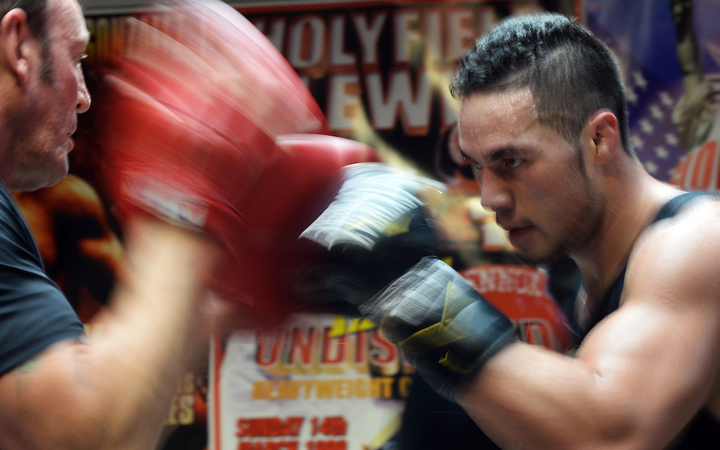 Parker is set to face Mexican/American Andy Ruiz for the WBO world heavyweight title on 10 December.

Parker's promoters Duco have been trying desperately to secure the seven-figure sum required for the title fight to happen in Auckland, which would be one of the biggest one-off events to occur in New Zealand.

But at a news conference in Auckland, Duco owner David Higgins said it was withdrawing its application for funding to Major Events New Zealand after studying the reaction of the public, the media and politicians.

"It's clear it has become political dynamite, a real political football. We're aware our business does rely on public goodwill, we're selling tickets, we're selling pay-per-view television, we rely on the public and that goodwill's important, we do not take it for granted," said Higgins.

"It's a shame to see that it's become divisive. We think this event, if it does happen in New Zealand should be inclusive and certainly not divisive."

Despite ruling out government funding, Duco is still exploring the possibility of holding the fight in New Zealand and was talking to major potential sponsors.

Co-owner Dean Lonergan said they were going to look closely at their financial modelling this weekend.

"By ruling out any government involvement it cuts down one stream of revenue for us. Earlier this week I said there was probably a 70 to 80 percent chance this was going overseas, we're probably moving closer to 80 percent. We need to make some serious decisions on the weekend," said Lonergan.

Duco, who were looking for between one and two million dollars from the government events' fund, have until the 5th November to make a decision.

Twenty-four-year-old Parker gets first dibs on where the title fight against Ruiz is held because he is the higher ranked boxer.

Television rights have already been guaranteed and would be beamed into around 100 countries across the globe.

If Duco are unable to find the money the fight will be taken to America - most likely in either Dallas, Las Vegas, or Los Angeles.

The last time a New Zealander fought for a world heavyweight title was back in 2000 when David Tua lost to British heavyweight Lennox Lewis.

The 24-year-old Parker is unbeaten in his 21 professional fights - 18 of those victories have come by way of knockout.

The Parker/Joshua fight was put on hold following the news that Tyson Fury, the holder of the WBA and WBO world titles, was stripped of his belts after failing a drugs test and is battling depression.

As a result Parker will challenge for the WBO world title against Ruiz instead, in what many consider an easier fight to a world title.

There are four world titles in total.