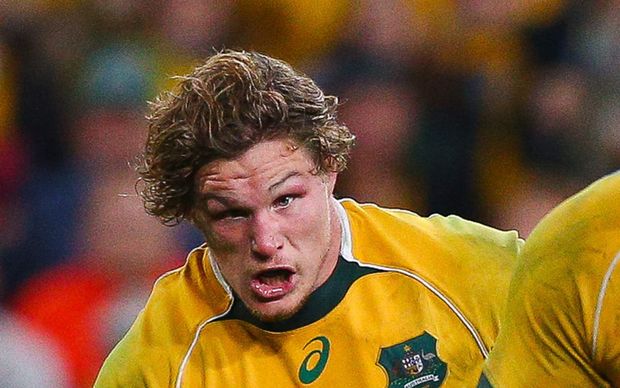 The 24-year-old easily scooped up the players' player honour, outpointing runner-up David Pocock by over 100 votes.

Hooper becomes just the fourth player to wear the medal twice in the 14-year history after Israel Folau, George Smith and Nathan Sharpe.

At 24 years of age, he is the youngest to win the gong a second time.

"I really appreciated the first one a couple of years after I got it and I think this one will actually be the same," Hooper said.

The prize caps off a stellar year for the Wallabies' vice-captain, who had been crowned Australia's man-of-the-match in half of their six Tests on home soil.

However Hooper admitted he would trade all his personal accolades to reverse the result of last week's stinging defeat to New Zealand in Auckland.

"I'd give all of these away to win that match last week," he said.

"That was painful, tough to take. Wins are why you play. It's the ultimate team game. We played a really good 60 minutes, just missed out on a little bit there."

Dane Haylett-Petty was the Wallabies' rookie of the year, Sean McMahon took out the Super Rugby player of the year gong and Ed Jenkins' was the men's sevens' best.