The Black Caps beat India by 19 runs in the fourth one-day cricket international to level the five-match series 2-2 as the hosts suffered a mid-innings collapse in Ranchi. 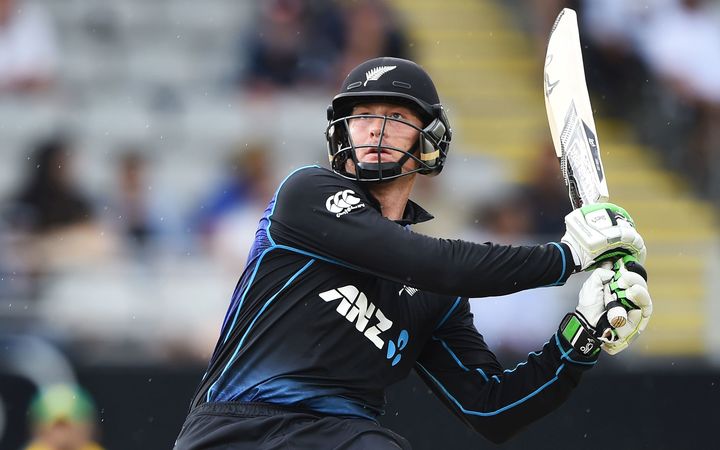 Chasing 261 for a series clinching win, India were all out for 241 with eight balls to spare.

Opener Ajinkya Rahane's fluent 57 put India on course for the chase and the right-handed batsman added 79 for the second wicket with the in-form Virat Kohli (45).

India looked firmly in the driver's seat when Rahane and captain Mahendra Singh Dhoni (11) were batting but then they lost five wickets for just 39 runs which put paid to their hopes of bagging the series with a match to spare.

Seamer Jimmy Neesham dismissed Rahane and Dhoni in successive overs and paceman Tim Southee (3-40) picked up two wickets in consecutive deliveries as India were reduced from 128-2 to 167-7 in the space of a few overs.

Axar Patel (38) and Amit Mishra (14) added 38 for the eighth wicket while tailenders Dhawal Kulkarni (25 not out) and Umesh Yadav added 34 for the last wicket to take India close but their efforts were not enough.

Earlier, openers Martin Guptill (72) and Tom Latham (39) gave New Zealand a brisk start after the visiting captain Kane Williamson won the toss and opted to bat on a slow surface.

The duo added 80 in the first 10 overs of fielding restrictions but Dhoni then brought on his spinners to restrict the flow of runs.

Guptill, who was named man of the match, and Latham added another 16 for their opening stand before the latter fell to left-arm spinner Patel midway through the 16th over.

Mishra made a diving effort but could not hold on to a chance from Guptill on 29 and the batsman had another life on 62 when the same fielder misjudged a chance in the deep and let the ball narrowly go over his head for a boundary.

Leg-spinner Mishra made amends by dismissing the dangerous Williamson (41) and Neesham in quick succession.

BJ Watling, who replaced Luke Ronchi behind the stumps, and Ross Taylor (35), who was run out by a superb back-handed flick by Dhoni, also fell in the space of an over to rob the momentum off New Zealand's innings.

The two teams will now travel to Visakhapatnam for the series decider on Saturday.