The sixth and final franchise for New Zealand Netball's new domestic competition has been confirmed but is yet to find a home. 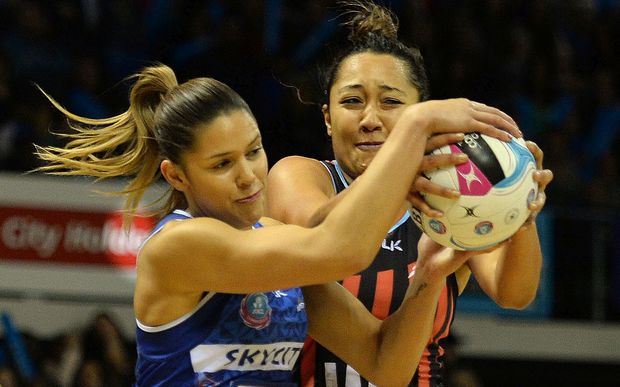 The Northern Stars will be the second Auckland based team alongside the Mystics for the new competition which is due to begin in March next year.

Silver Ferns Kayla Cullen and Maia Wilson are part of the team along with former defender Leana de Bruin and shooter Malia Paseka.

The competition schedule is yet to be completed as the Stars management try and lockdown a venue.

The Vodafone Events Centre in Manukau is one of two venues being looked at.

De Bruin, who stepped down from international Netball this year after almost two decades and 138 Test Caps to her name, will bring defensive and leadership experience to the Stars line-up.

And Temepara Bailey, the former Silver Ferns vice-captain who played 89 Tests for New Zealand, will return to the game in a new role - as assistant coach to Hoornweg.

The team's import spot will be filled by versatile Fijian shooter Afa Rusivakula - "an exciting young talent who can play both goal shoot and goal attack, and has the ability to jump," Hoornweg says.

Julie Hoornweg, the experienced Australian coach who set up the Melbourne Vixens in the former trans-Tasman competition, says she hopes the Northern Stars will bring a variety of opportunities to players, coaches and a new community of fans.

"Our aim is that this team will bring a new vitality to Netball, and the opportunity for fans to see a bright, new shiny team. A team who are robust, athletic and exciting; who make you say 'wow!'" she says.

"But we also want it to be a team that gives opportunity for netballers in this part of New Zealand.

"We want to create an identity here, and show young athletes there is a pathway to the top. We also want to build a community. And if we can create a cauldron of excitement and energy here, it will be absolutely fantastic."

The Northern Stars have found a permanent home in Papakura with their trainign facility at the brand new High Wire Trust gymnasium complex.