Wallabies flanker Dean Mumm has been handed a one-match ban for foul play during his team's third Bledisloe Cup Test loss to the All Blacks. 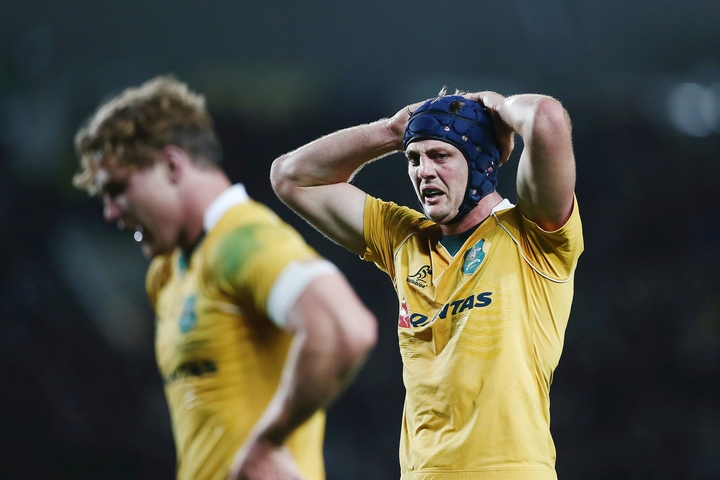 Mumm pleaded guilty to a charge of striking, for elbowing Brodie Retallick in the face after he'd been held back by the All Blacks lock in the 52nd minute.

He was cited for the incident after it was missed referee Nigel Owens.

Duty Judicial Officer Robert Stelzner ruled the action merited a low-entry punishment of two weeks, though reduced that after taking into consideration a rang of factors.

"Part of the reasoning was that the player acted instinctively in retaliation to his being illegally held back by his opponent upon trying to rejoin play," he said in his ruling.

"His opponent was behind him when he tried to extricate himself from his opponent's grip and in that process struck his opponent in the face with his elbow.

"However, taking into account mitigating factors including the player's early plea and his excellent disciplinary record, I reduced the suspension to a period of one week."

The ban means Mumm will miss the November 5 Test against Wales in Cardiff.

New Zealand won the Test 37-10 at Auckland's Eden Park on Saturday night to sweep the series 3-0.