Ecstatic Chicago Cubs players rushed to the mound for a wild group hug on Saturday to celebrate the beleaguered franchise's first trip to the World Series in 71 years. 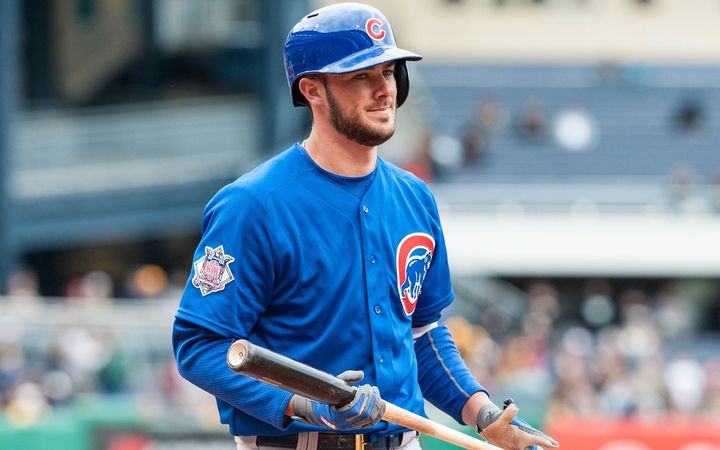 They soaked up the deafening roars of a Wrigley Field crowd that had seen nothing quite like it, and after the final out of their 5-0 victory over the Los Angeles Dodgers, player after player thanked the fans and vowed their work was not yet done.

"This city deserved it so much," said first baseman Anthony Rizzo, who homered in the game that gave the Cubs a 4-2 victory in the National League Championship series and a date against American League champions the Cleveland Indians.

"These fans have been amazing since I got here and we lost 100 games. We got four more big ones to go."

"I'm so spoiled. This is an unbelievable feeling. These fans are unbelievable," he said. "This is the coolest feeling of my life. But we're not done.

"This is an unbelievable win for the city, the team and the fans. Baseball is a sport to kind of get you away from your problems and this is the best feeling in the world. And we're certainly not done."

Jon Lester, co-MVP of the series along with Javier Baez, also said the fans were inspiring.

Rizzo registered the last out of the pennant clincher, at the end of a game-finishing double play.

"Do I still have it?," he said incredulously when asked if the baseball was still in his possession.

"I'm sleeping with this thing tonight. Are you kidding me?" he said, brandishing the ball. "We're going to the World Series!"