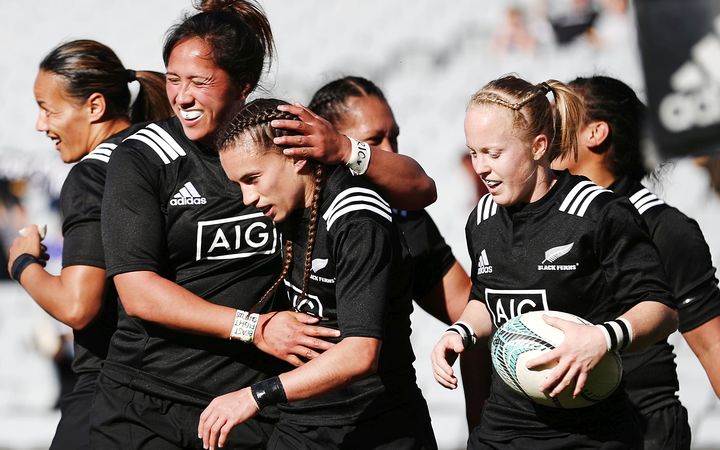 Selica Winiata, centre, celebrates with teammates after the win at Eden Park in Auckland. Photo: Photosport

The Black Ferns scored 11 unanswered tries to extend their unbeaten record against the Wallaroos to 14 tests.

The home team had the match wrapped up at halftime after heading to the break with a 31-3 lead.

Winiata led the way with her superb four-try haul, while halfback Kendra Cocksedge was among the many other stars for the Black Ferns.

Cocksedge initiated a raft of attacks with her bullet-like pass as well scoring 13 points from a try and four conversions. 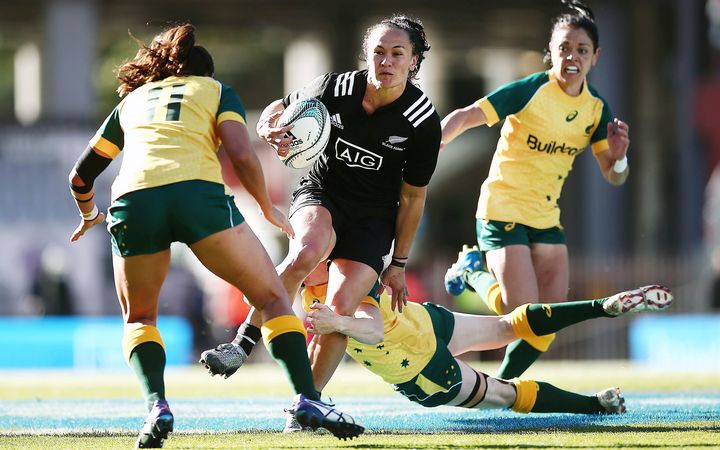 Skipper and flyhalf Ash Hewson was the pick of the Wallaroos, the former Matilda landing an early penalty, kicking with authority in general play and being unlucky not to set up a try after making a rare first-half break for the visitors.

The two teams meet again on Wednesday for the second match of the two-test series in Albany.