The Sydney Kings have gone top of the ANBL Basketball standings after beating the New Zealand Breakers 92-78 in Auckland. 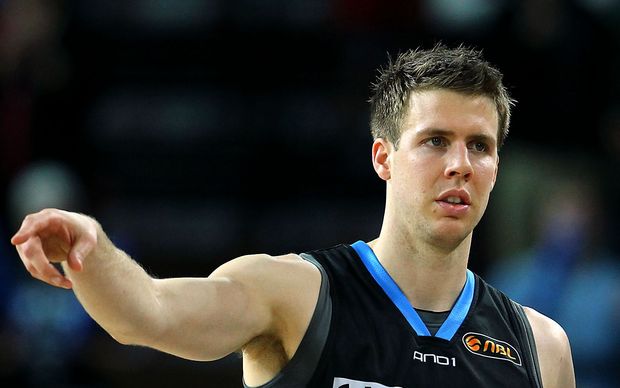 After a shock opening-night loss, Sydney has reeled off three straight wins to jump on top, while last year's grand finalist Breakers are now second from the bottom with a win and two losses.

The Kings, led by imports Greg Whittington (22 points, seven boards) and Josh Powell (17 points on 8/11 shooting), were at their clinical best offensively while forcing the home side into 17 turnovers.

New Zealand was paced by Thomas Abercrombie's 17 points, while Corey Webster showed signs of improvement in his 14.

Both sides were hot from tip-off as Ben Woodside, Kirk Penney (twice), Jason Cadee and Abercrombie all connected on long distance jumpers in the first two minutes.

Both sides generated good looks early and appeared ready for a shootout until the tempo slowed and scoring dried up, as the Kings went into the first break up 23-18.

The Kings were always in front and had a margin of 14 early in the second half.

The Breakers had nothing going, but kept their head above water with Abercrombie creating buckets off the dribble, while Sydney continued to run clean half-court offence.

Coach Paul Henare was left to lament a frustrating night in which they lost the possession game.

"I thought for the most part - especially early on in that first half - we were soft defensively, he said.

"We gave up far too many easy baskets and put them on the free throw line in the first half. So it slowed us down in terms of what we could do offensively.

"Then the possession game… we can't give away 10 more possessions to the opposition. It just puts us on the back foot."