Real Madrid, Borussia Dortmund and Leicester City have cruised towards the knockout stage of the European Champions League football competition. 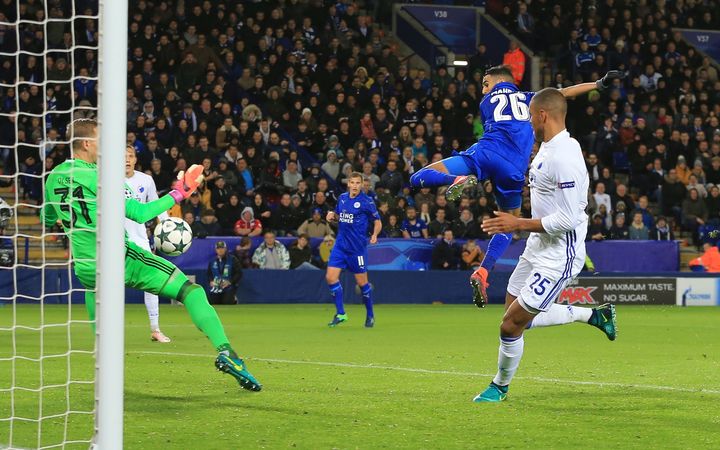 Real's Gareth Bale opened the scoring with his first goal in the Champions League since December 2014.

An own-goal by Tomasz Jodlowiec, followed by further strikes from Marco Asensio, Lucas Vazquez and Alvaro Morata, then sealed an emphatic victory for the holders.

The win at the Santiago Bernabeu Stadium allowed Madrid to keep pace in Group F with Borussia Dortmund.

Madrid and Dortmund have seven points each after three matches, with Sporting staying on three points and Legia with zero.

He had scored six goals in his previous three matches, including five for Portugal in World Cup qualifying, but the forward failed to find the net on Tuesday despite a few good scoring chances.

For the third time this term Leicester went into a Champions League game on the back of a heavy Premier League defeat but they shrugged off the disappointment to secure a third straight win in the competition thanks to Riyad Mahrez's 40th-minute goal.

Leicester have 9 points with Copenhagen and Porto on 4.

Meanwhile, Juventus won 1-0 in Lyon and Sevilla prevailed by the same scoreline at Dynamo Zagreb.

Elsewhere, Bayer Leverkusen were held 0-0 by Tottenham, Monaco battled out a late 1-1 draw at CSKA Moscow and Porto came from behind to win 2-1 at Brugge.

The result leaves Tottenham on four points, a point behind Monaco, with Leverkusen on three, having yet to win a game in the group this season.