Kiwis boss David Kidwell has mounted a spirited defence of star halfback Shaun Johnson, saying his teammates need to help take the weight off his shoulders. 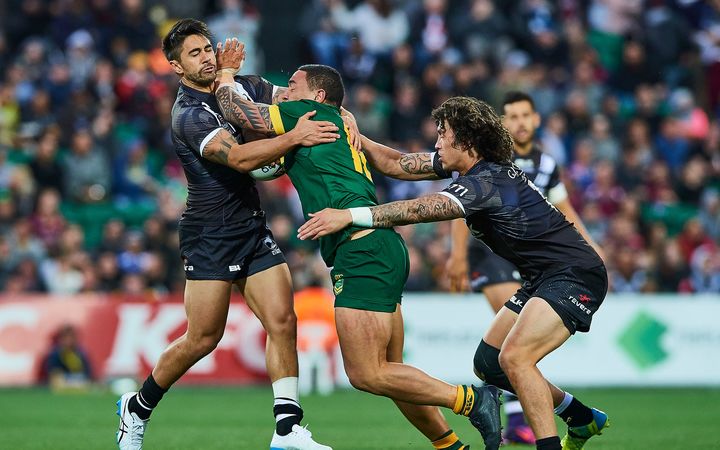 Johnson is the team's undisputed playmaker but produced a disjointed display in their 26-6 loss to the Kangaroos in Perth.

The performance follows an NRL campaign with the Warriors marred by niggling injuries and inconsistency.

However Kidwell believes Johnson had been forced to carry out too much defensive work as his forwards struggled to get on top.

This had dulled his offensive talent and caused him to tire.

"If you look at the stats, Shaun had a massive defensive night (and) made 34 tackles," Kidwell said.

"That's obviously good but it's sucking up his juice so, for me, that's a team thing, we need to control the ball better to help him in attack."

He also acknowledged the side needed to improve on their fifth-tackle decision making in the upcoming Four Nations, with numerous chances going to waste.

Kidwell wants Johnson and halves partner Thomas Leuluai to have two options each time they kick.

Meanwhile, the new Kiwis boss was confident his "rusty" side would bounce back from their insipid loss.

The side had discussed their shortcomings against the Kangaroos and would look to rectify them.

"We want to continue to grow, our team culture is strong, the work ethic is there," Kidwell said.

"We're looking to what's going to be a tough opening game against England."