The Counties Manukau halfback Augustine Pulu has been called into the All Blacks camp as cover for Aaron Smith. 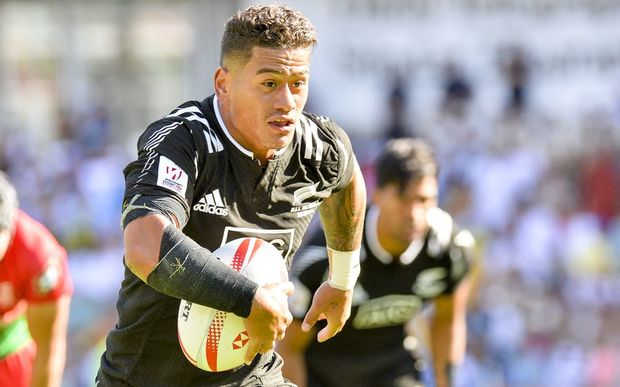 Augustine Pulu playing for the All Blacks sevens Photo: Photosport

Smith voluntarily stood himself down from this weekend's Bledisloe Cup test at Eden Park following an incident involving the him and a woman in a disabled toilet at Christchurch Airport last month.

Pulu, who's moving north from the Chiefs to the Blues in the next Super Rugby season, has played twice for the All Blacks and made his debut against the USA in Chicago in 2014.

The 26-year-old has been in strong form for Counties Manukau this season and helped his side qualify for the NPC Premiership semi-finals following last weekend's win over Canterbury.

Meanwhile Smith's teammate Jerome Kaino said the All Blacks have moved on from the saga.

If the All Blacks win this Saturday's test against Australia they'll break the world record for most successive wins by a tier one nation - they're currently on 17.