Greg Inglis and Valentine Holmes have spearheaded Australia to a comprehensive 26-6 win over New Zealand in the one-off rugby league Test in Perth.

Inglis earned man of the match honours on the back of a try double and Holmes wasn't far behind on his Test debut scoring one try and setting up another. 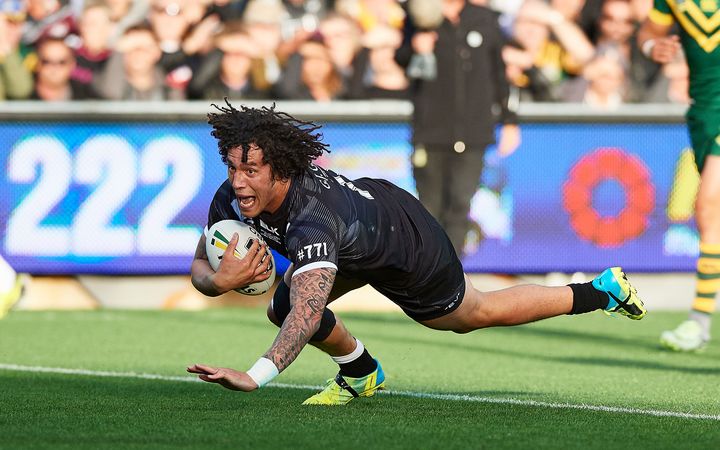 The five-tries-to-one win before a ground-record crowd of 20, 283 was the first rugby league international to be played in the western capital.

Coach Mal Meninga said the convincing victory would give Australia some valuable momentum into the Four Nations starting in Britain later this month.

It was the Kangaroos second win under Meninga from two attempts after their 16-0 defeat of the Kiwis in Newcastle in May.

"I am very happy with the performance," Meninga said.

"Our start was excellent and we really dominated field position. They wrestled that back and started to control the ruck better. We responded and I was really happy with that.

"Our defence was really good but we can play better with the footy."

Australia dominated early and led 8-0 after 14 minutes courtesy of tries to Darius Boyd in the ninth minute and Inglis' first in the 14th minute.

The Kiwis gained the ascendancy after that and a Kevin Proctor try in the 22nd minute meant the Australians went to the break with an 8-6 lead after a defence- dominated first half.

After the break a gusty but clumsy Kiwis side couldn't match the Australians.

Holmes scored his try in the 45th minute, Inglis added his second in the 69th minute.

It was a tough initiation for new Kiwis coach David Kidwell in his first Test in charge.

"We prepared very well and if we keep doing that nine times out of 10 we will get the result."