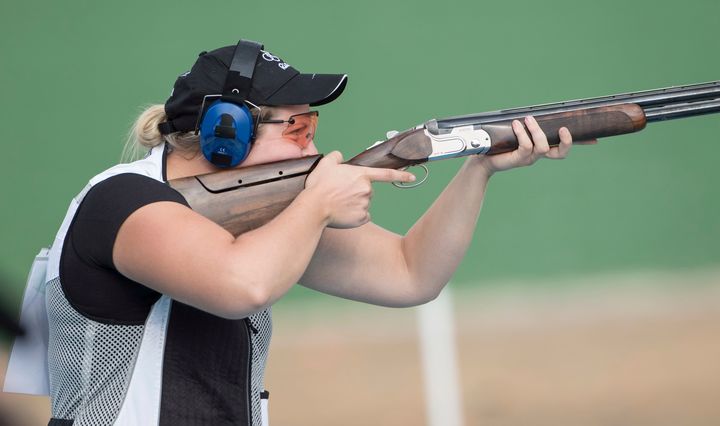 The Olympic silver medalist has taken out the women's trap title at the ISSF World Cup final in Rome.

Rooney finished the semi-final in the lead with 13 hits out of 15 targets, and moved into the gold medal match along with the title defender, San Marino's Alessandra Perilli, who qualified with 12 hits.

During the medal match, the two athletes scored 9 clays out of 15 each, due to the wind and the challenging light conditions at the shooting range, in the outskirts of Rome.

To break the tie, they entered a shoot-off which lasted right to the 10th target, when Perilli missed a fatal clay, placing herself in second with 9+9 hits, and leaving the gold to Rooney, who sealed the victory with 9+10 targets.

"This has been my second ISSF World Cup Final, so I knew what to expect," said Rooney, who had placed in 9th at last year's final in Nicosia.

"I tried to go out there and do my best, and I made it, so I am really happy."

"The light changed a lot this morning, and then the wind picked up this afternoon. That made it really difficult out there," she continued.

"I was feeling pretty good during the semi-final, I knew what kind of rhythm I was going to do and I stuck to that. The final was more difficult, the wind picked up more, it became really hard, and that reflected on the scores."

"The Rio 2016 experience has been pretty amazing," added Rooney, "it was my first Olympics, and the reactions at home have been awesome to my silver medal. Shooting sport just got a lot more recognition in New Zealand."

The result means Rooney automatically qualifies for next year's finals.

Rooney is coached by an Italian.