Wallabies coach Michael Cheika has lost halfback Will Genia' for the season's final Bledisloe Cup match against the All Blacks, but hasn't given up hope on injured back-rowers David Pocock and Sean McMahon. 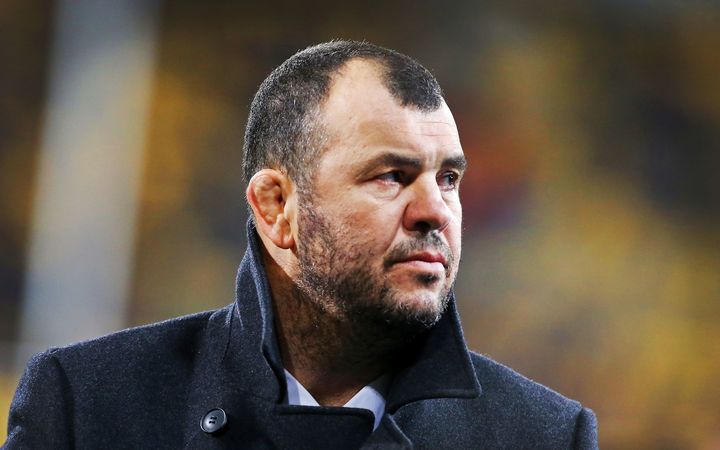 Pocock (broken hand) and McMahon (ankle) have been named in the 31-man squad for the game at Eden Park next weekend.

Pocock hasn't played since facing Argentina a month ago in Perth, with fellow No.8 McMahon injured a week later in Pretoria.

"There's a chance Pocock could be available for this game, McMahon probably a little less," Cheika said.

Lock Will Skelton has been recalled to the squad,

Cheika had wanted Genia to play, but he's unavailable because he is required by his French club Stade Francais.

The Auckland match falls outside the international window in which nations have access to their overseas-based players.

"As much as I'd like to have him, no complaints from my end - they are totally within their rights to ask for the player back," Cheika said.

He felt Genia's unavailability gave his back-up Nick Phipps a chance to "get stuck in" at Eden Park.

"Genia has been really good; he's been in some of the best form he's had in an Australian jersey," Cheika said.

"He's been really instrumental for the team as a whole and he's one of the senior players we do have , but it's a great opportunity for Nick Phipps to get back out there and stake a claim for the jersey.

Cheika conceded his team faced a huge task against an All Blacks side he said were in the "form of their lives" and chasing a record straight 18th Test win.

"We understand how big the gap has been between a victory for Australia at Eden Park," said Cheika, referring to the Wallabies' last win over New Zealand there in 1986.

Cheika singled out detail in defence as an area his team could improve on from their two Bledisloe Cup losses earlier in the season.

"I think we got caught in those games where we gave up some tries on the edges. It was probably guys getting to know the system," Cheika said.

"'We seem to have got ahead of that issue now - our defence has definitely improved over the last few games."