German Formula One driver Nico Hulkenberg will leave Force India and race for Renault in 2017 after signing a multi-year deal with the French manufacturer. 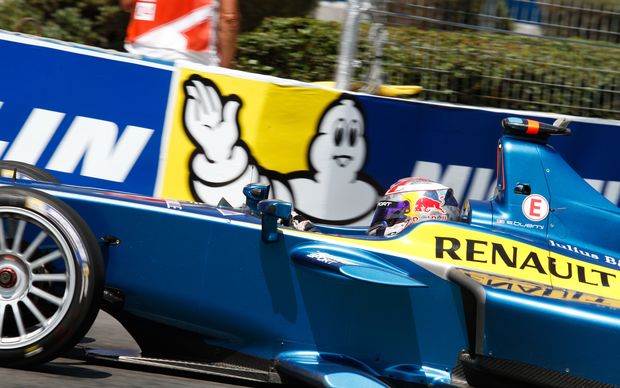 "It has always been my dream to work for a manufacturer team. F1's new regulations will change the game and give our team a good opportunity," the 2015 Le Mans winner said in a statement.

"In the years to come, Renault will play a challenger role, which fits my approach to racing 100 percent."

Mercedes-powered Force India are fourth in the championship, ahead of Williams, and Hulkenberg's departure will leave a coveted vacancy.

Renault, who bought the failing Lotus team at the end of last year, are struggling in ninth place but - as former champions with strong resources - can be expected to become far more competitive.

Their engine has powered Red Bull to two victories this season.

"This season has been about putting the foundations in place for future success," said Renault Sport racing chairman Jerome Stoll.

"For our next step we required an experienced driver who is still hungry for podiums. Nico Hulkenberg fulfils this role perfectly and is an excellent complement to what we want to achieve."

Hulkenberg, 29, has yet to finish on the podium in seven seasons that include one with Williams and one with Sauber but he hoped that would change at a team with a great lineage.

"In his stint with Renault, Michael Schumacher not only helped make Germany an F1 nation, he also sparked my enthusiasm and fire for racing," he said.

"As a part of the Renault family, I want to develop the car and write new success stories."

Seven-times champion Schumacher won his second title in 1995 with Renault-powered Benetton, the team now renamed Renault and still based at Enstone in central England.

Force India, who have Mexican Sergio Perez confirmed for 2017, thanked Hulkenberg for his contribution over five seasons.

"He's an outstanding driver, who has scored more points for this team than anybody else," said team principal Vijay Mallya.

"While it's true we will miss Nico, we respect his decision to explore fresh opportunities and it would be wrong to stand in his way."

Hulkenberg's arrival means either, or maybe both, Denmark's Kevin Magnussen and Britain's Jolyon Palmer will depart next season, when the sport undergoes a major rule change with wider tyres and faster cars.

Palmer was signed by Lotus while Magnussen was a late arrival following the departure of Venezuelan Pastor Maldonado in February.

Of the two, Magnussen looks more likely to stay but the paddock rumour-mill has pointed to French rookie Esteban Ocon, currently with Manor, as a possible Renault or Force India driver.

Ocon's current team mate Pascal Wehrlein, the Mercedes reserve driver, has also been tipped for a move to Force India.