The 36-year-old Wellington off spinner Jeetan Patel doesn't anticipate his return to the Black Caps will amount to anything more than a couple of guest appearances.

Patel was rushed into the New Zealand cricket side for the recent series against India, joining the squad after Mark Craig was ruled out of the second and third tests due to injury. 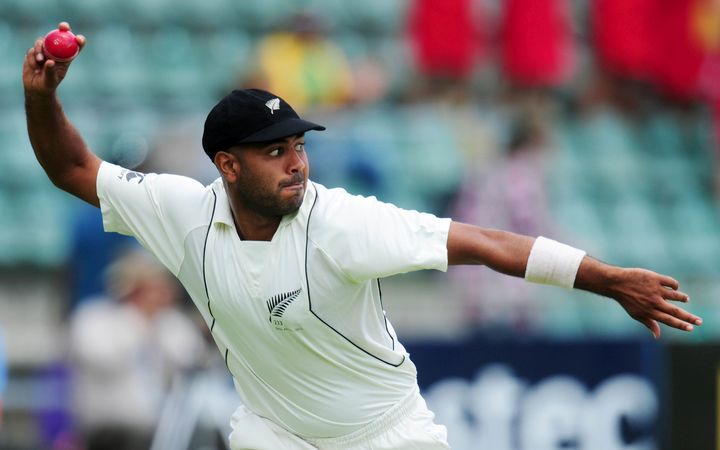 Patel who last played for the Black Caps in 2013 had previously been unavilable for international duty preferring to concentrate on his county career with Warwickshire.

He has twice been named the MVP by England's Professional Cricketers' Association in that same year and in 2015 was one of Wisden's five cricketers of the year. 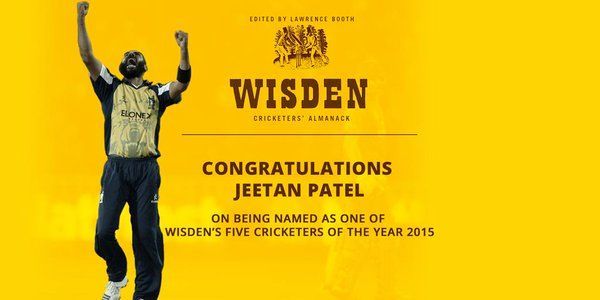 Jeetan Patel was named one of Wisden's Five Cricketers of the Year in 2015 Photo: Wisden

Patel described himself as "fairly happy" with what he had achieved in the two tests given he thought his international career was over.

Twice he dismissed India captain Virat Kohli in the series taking six wickets in the two tests he played, lifting his test tally to 58 dismissals in 21 tests.

Patel said the environment was very different to when he was last in the side.

"A massive difference. Those times were dark days for New Zealand Cricket and within those three years they have turned things around massively.

"I didn't really know what the team was going to be like - the individuals, the management setup. I only really knew from what I heard in the media....but it's been an amazing little period,"

"They're a very confident, excited bunch of kids."

Patel admits he was aware of the age gap between himself and many members of the side.

"Obviously I was the oldest by a long way. They were talking of being born in 1990 and I went and watched the 1992 World Cup (in New Zealand) and some of them weren't even born then...so there was a bit of banter."

Patel said making the adjustment from county cricket to test cricket and coping with the climate in India was difficult.

"The thing I rue the most is not having the planning time to get ready for the tour.

"Then the climate was a major difference. It was 40 plus degrees in Kolkata and when I left Birmingham it was eight degrees...I'm not going to lie I didn't find it easy.

"But the Black Cap is a pretty special thing and to don it at 36 is special." said Patel.