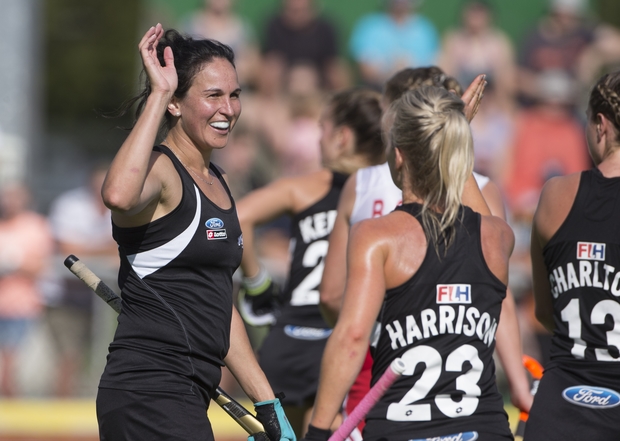 The 30-year-old thought hard about her future following the Rio Olympic Games, where the Black Sticks were beaten by Germany in the bronze medal match, deciding now is the right time to focus on the next step in her life.

Whitelock [nee Sharland] made her New Zealand debut in 2003 and over a career spanning 13 years, played 255 tests and scored 63 goals.

Whitelock took some time away from hockey following the Glasgow Commonwealth Games, in a break which saw the birth of her first daughter Addison with husband George.

She made a comeback early this year in preparation for her final Olympic campaign, captaining the Black Sticks within one game of a medal in Rio.

"After my last game in Rio I was emotional and quite disappointed not to come away with a medal. Following some time back home with family I've made the decision to officially retire," she said.

"George and I are looking at having more children as well as spending time with Addison. It's been a great career and I want to thank everyone who has been there from the start especially my sponsors like TK, Asics, Skins, Balance and also Sir Owen Glenn who has helped really raise the profile of hockey.

"I'm really thankful to have been a part of the team for so long and also for the wonderful friendships I have developed over the years."

Black Sticks Women's coach Mark Hager said Whitelock would be difficult to replace in every way.

"Kayla will be missed not only as a player but also as a person and for her leadership on and off the turf. Not only is she well respected on the domestic and international stage but she will go down as one of the greatest Black Sticks of all time," Hager said.

"Her motto was 'it's not about the number of games you play, but the quality of your performance every time you wear the singlet' and she certainly lived by that in every one of her 255 games.

"Kayla encompassed a game built on both defensive and attacking skills, and was an immensely talented player who could win games up front or save them in the back half. A superb hockey player but also a true sportswoman, mentor to many and a great friend to all who crossed her path."