The Silver Ferns have pulled off a stunning turn-around in the Constellation Cup, beating Australia 53-51. 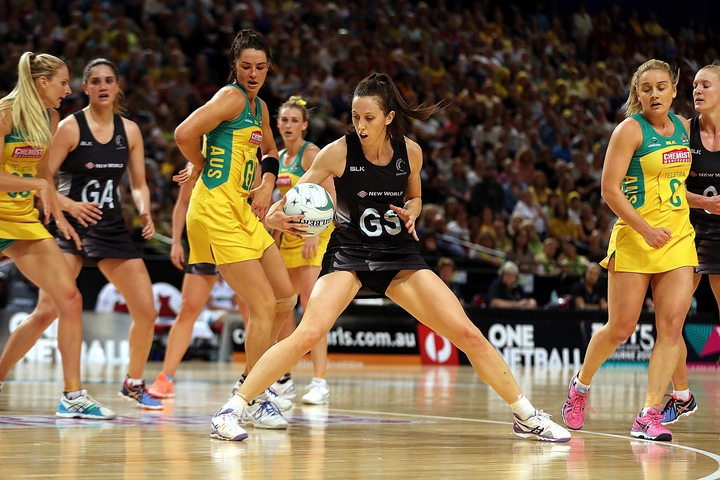 They were thrashed by 12 goals in the first game of the four test series but looked a different team in Tasmania last night.

Look back at how the game unfolded here.

The turn-around came on the back of a couple of key personnel changes.

It worked well, with Harrison making life a lot more difficult for the Australian shooters.

Harrison, who has not played goal keep for New Zealand since 2011, finished the game with five intercepts and 11 deflections.

"The last game they seemed to just have the ball and kind of be able to put it wherever they wanted with confidence," Grant said.

"Just having someone out there just to give them a wee scare and just to put the ball off-centre so it's a chance for us to actually go out and get it, instead of...pinpoint passing straight into Bassett, it's so tough to mark that, so yeah that was great by her."

Laura Langman also put the screws on wing attack Madi Robinson, who didn't have the free reign she enjoyed in test one.

Southby said the defensive pressure right across the court from the whole team was impressive.

"It came back to everyone doing their job," Southby said.

"Certainly Anna got her hand to a lot of ball we weren't getting a hand to the other night and that's because we put pressure on the passes out in front.

"The work that was being [done by] Katrina, Laura, Shannon [Francois] particularly and then a little bit further up where we let ourselves down the other night, we just kept putting that pressure on right through the game."

The Diamonds won the first quarter 15-11 before the Ferns really hit their straps in the second term thanks to some fine shooting from goal attack Te Paea Selby-Rickit, playing just her sixth game for New Zealand.

The Ferns won it by four, tying the game 29-all at the main break.

Gretel Tippett came on at goal attack for Australia, in place of veteran Natalie Medhurst, partway through the third quarter.

New Zealand made the same change, bringing Ameliaranne Ekenasio on for Selby-Rickit, which went seamlessly.

The Ferns held a two goal lead going into the final quarter but Australia nudged ahead and it looked like the Ferns could crumble.

But the opposite happened and a Langman steal was converted down at the other end, while the hosts threw the ball away.

Selby-Rickit, who was restored part-way through the last quarter, finished with 17 from 21.

Bailey Mes scored 32 from 34 and picked up some crucial rebounds at crunch times.