All Blacks coach Steve Hansen has dismissed claims his opposition isn't up to standard despite the growing margins between New Zealand and other tier one nations.

The All Blacks wrapped up their successful Rugby Championship campaign with a 57-15 thrashing of the Springboks to go unbeaten in their last 17 hit outs.

New Zealand will now attempt to break the record for most consecutive wins against Australia at Eden Park in two weeks time but Hansen believes critics may be getting ahead of themselves with claims their opposition aren't up to the challenge.

"We've managed to play well and put other teams under pressure whereas the rest of the competition is really tight.

"Everyone did it to the Australians when we played them in the first two games and people came out and said some atrocious things saying they're a poor side and the worst team in history, they're not they're a really good side." 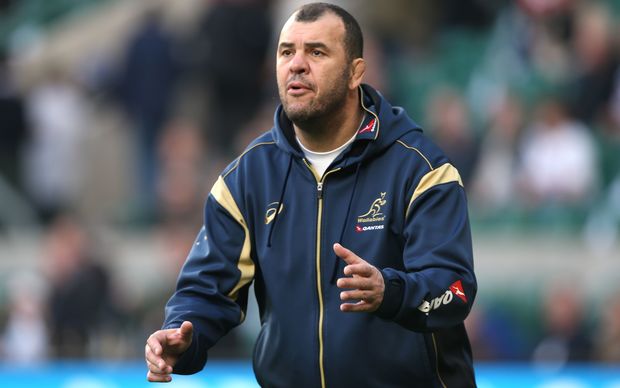 Michael Cheika's team will attempt to snap the All Blacks 17-game win streak at Eden Park next weekend. Photo: PHOTOSPORT

Hansen said despite flogging Australia in their first two encounters in the Rugby Championship, he won't underestimate them.

"If we are going to go one step further we have to make sure we prepare really well and Australia are a good rugby side and they've got a history of turning up when there's a record on the table," Hansen said.

The All Blacks squad will disband then they return to New Zealand this week before meeting back up on the weekend to begin preparations for the final Bledisloe Cup test.