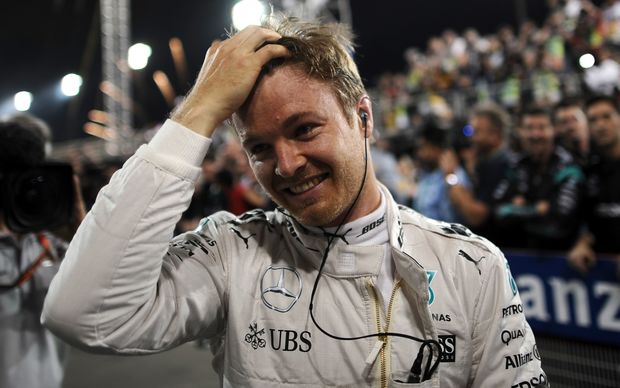 Rosberg has led every session of the race weekend and confirmed his superiority around the circuit with a fastest lap of 1.30.647 minutes, just 13 thousandths of a second quicker than Hamilton.

Rosberg said he was happy with the result.

"I was going well the whole weekend and had a good balance in the car, feeling good, feeling comfortable so that's what allows me to put in a lap like that in the end," he said.

Rosberg's 30th pole position of his career was the German's third in a row at Suzuka as Mercedes, who can wrap up a third successive constructors' title today, claimed first place on the grid for the 52nd time in the past 54 races.

Starting from the front also gives Rosberg a golden opportunity to extend his 23-point lead over defending champion Hamilton with four rounds remaining after Japan.