New Zealand V8 Supercars driver Scott McLaughlin will start from the front row in the Bathurst 1000 race at Mount Panorama this afternoon, after finishing second fastest in the top-10 shootout. 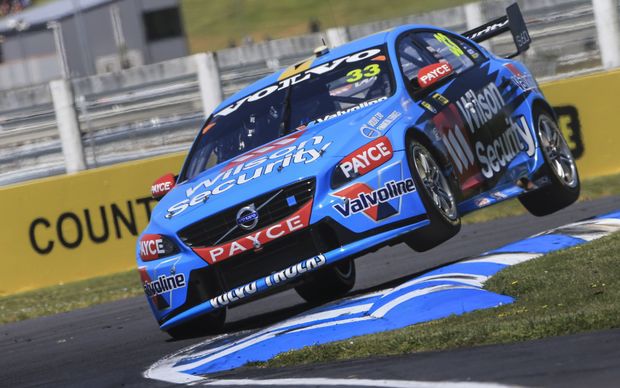 Scott McLaughlin gets airborne in his Volvo. Photo: Photosport

McLaughlin missed out on pole to four-time Bathurst winner Jamie Whincup by just 0.06 of a second.

Whincup clocked 2.05.426 minutes to pip McLaughlin in the last run of the shootout, which decides the front of the grid for the Great Race.

McLaughlin was gutted to have been denied his first Bathurst pole.

"It is pole position at Bathurst - it means everything," he said after last night's shootout

"I gave it my all. One day it will happen. 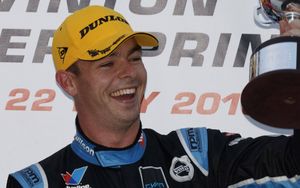 Scott McLaughlin on the Winton podium earlier in the 2016 season. Photo: Mark Horsburgh

"Moving forward we have a good chance tomorrow, as good as anyone. The key...is to do everything right, make sure we don't make any mistakes and buy our ticket for the end part of the race.

"If we do that then we should be in for a good shot."

Whincup has dominated the week to date but did not have to be told that the last time a pole sitter won Bathurst was in 2009, when Holden's Garth Tander and Will Davison finished first.

"There's a rumour going around that you can't win from pole," Whincup said.

"But I believe it is the best place to be."