Tasman have beaten Auckland for the first time in their rugby history, enjoying a 49-31 win at Eden Park.

Playmaker Marty Banks was instrumental in the win successfully landing all ten shots on goal. 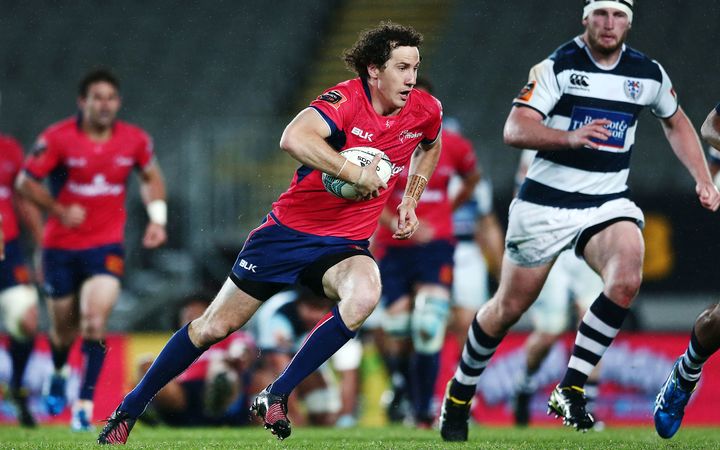 Tasman's Marty Banks on the burst in the side's first win over Auckland. Photo: Photosport

The bonus-point win pushes the Makos up to fourth on points differential behind Taranaki, while Auckland move into second after nabbing their own bonus point.

"It's a real special time for Tasman rugby," he said.