World heavyweight boxing champion Tyson Fury says he has been taking cocaine to help him deal with depression. 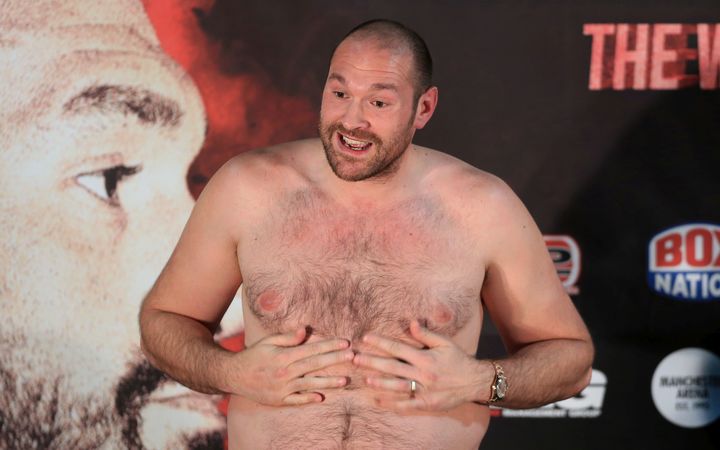 Fury said he has suffered mental health issues for years and has not trained since May.

"I've been out drinking, Monday to Friday to Sunday, and taking cocaine," the British fighter told Rolling Stone magazine.

"I can't deal with it and the only thing that helps me is when I get drunk out of my mind."

He added: "They say I've got a version of bipolar. I'm a manic depressive."

It comes a day after Fury claimed on social media to have retired from the sport, before retracting the comment, saying it was a joke.

A rematch was cancelled in July - with Fury citing injury - and the bout rescheduled for 29 October at Manchester Arena.

However, that has also been called off and Fury's uncle and trainer Peter Fury has said he does not expect to see his nephew in the ring again until 2017.

Fury, who is from the traveller community, told Rolling Stone he had been the victim of a "witch hunt" following his win over Klitschko, claiming he had even been turned away from restaurants with his family because of his heritage.

He said: "I'm the heavyweight champion of the world and I've been told, 'Sorry mate, you can't come in, no travellers allowed'.

"I used to love boxing when I was a kid. I hate boxing now."

Fury faces a UK Anti-Doping hearing in November for an alleged doping violation, after traces of a banned substance were allegedly found in a urine sample in June.

But he told the magazine he had taken cocaine only in recent months, once he had stopped training, and had never taken any performance-enhancing substances.

He said he was also receiving help for his depression.