The New Zealand womens cricketers have opened their tour of South Africa with a 137 run victory over a South African Emerging side in Potchefstroom.

The first of seven one-dayers is in Kimberley this weekend. 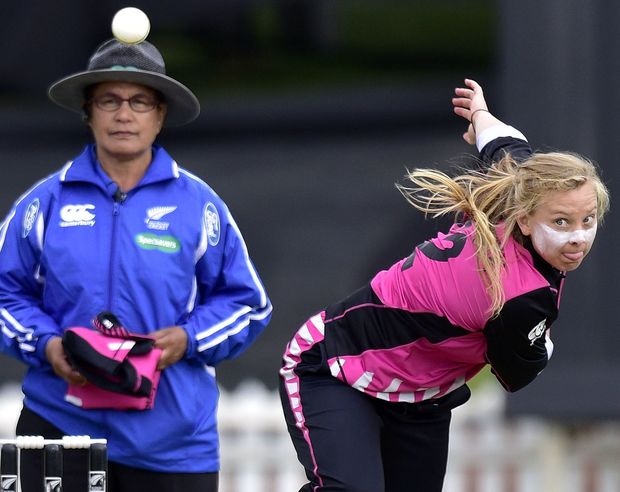 Meanwhile spinner Leigh Kasperek is out of the tour after x-rays confirmed she's broken a finger.

Auckland all-rounder Maddy Green is heading to South Africa as a replacement.

Kasperek sustained the avulsion fracture to her right index finger in team training last week and will be sidelined for a minimum of eight weeks - meaning she will also miss the home series against Pakistan at a time when the White Ferns will be hoping to clinch their spot in the 2017 ICC Women's World Cup.

Coach Haidee Tiffen said, "We do feel our bowling stocks are quite well covered. Maddy provides cover if we do need it, but we've also already got the experience of [off-spinning allrounder] Amy Satterthwaite who now steps up into that bowling role for us, as well as [leg breaks] Sam Curtis and Erin Bermingham up our sleeves and of course the class of Morna Nielsen.

"While it's obviously extremely disappointing for Leigh, and we wish her a swift recovery, she returns to Dunedin safe in the knowledge that the team has also had very good preparation here and a really good lead-in.

"Playing seven One-Day Internationals is going to really test us physically and mentally: this is not an easy series, but our players are tracking well after the first week of preparation here."