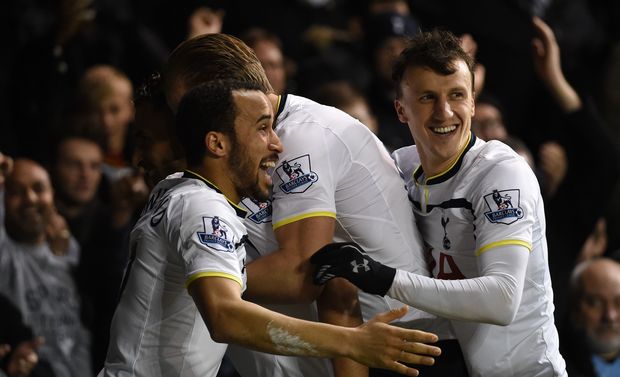 City, who remain top of the table, could not cope with the intensity, pace and pressing of Spurs, who now sit second, only a point behind.

The home team went ahead in the ninth minute when City's Aleksandar Kolarov put Danny Rose's long cross into his own net and an unmarked Dele Alli doubled the lead before halftime.

Meanwhile, Manchester United had to settle for a 1-all draw with Stoke City at Old Trafford despite dominating the visiting team for the full 90 minutes.

United manager Jose Mourinho said he felt his side could have beaten Stoke 6-0 and was frustrated to have to settle for a draw. 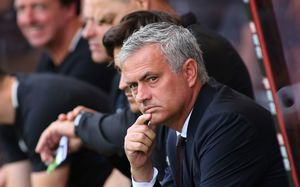 "We had big chances, with amazing saves and big misses.

"The players and I did everything. I made changes, everyone was giving more and more but today we could be here all day without winning the game. We will play worse and win games for sure."

The day's most extraordinary finish came at Turf Moor where Arsenal snatched a trademark last-gasp 1-0 victory, just when hosts Burnley thought they had earned a draw.

As the clock ticked down, Arsenal's Alex Oxlade-Chamberlain pounced on a knockdown by Theo Walcott and shot from close range against the elbow of their French defender Koscielny, who was looking the other way when he deflected the ball into the net.

Leicester City drew with Southampton 0-0 at King Power stadium, with visiting Southampton having not conceded a goal in six games.