New Zealand heavyweight boxer Joseph Parker beat Russian giant Alexander Dimitrenko by TKO in the third round in their bout in Manukau. 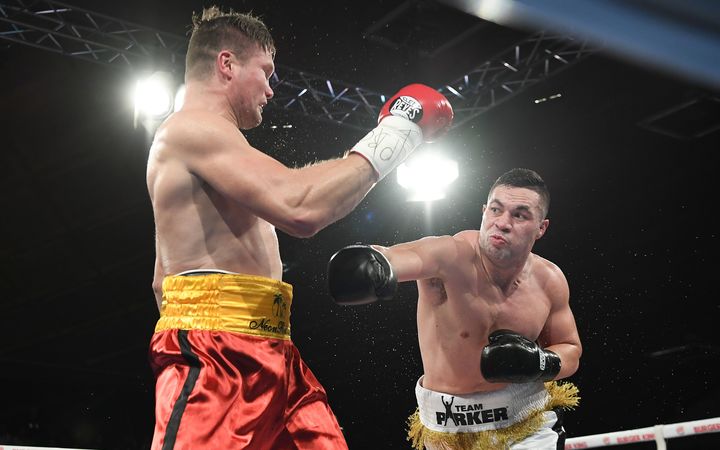 Dimitrenko was dropped in the first round by Parker but was clearly displeased with the hometown boxer's tactics, signalling to the referee Marlon Wright that he wasn't happy.

The giant Russian was brought down again in the second round and again signalled to the ref he wasn't pleased with Parker's strategy.

Dimitrenko struggled to deal with Parker's speed and power in the first two rounds and then in the third round when he was on his knees, Parker unleashed a right hook to his kidney which Dimitrenko didn't get up from.

RNZ's Leilani Momoisea covered the match, see how it unfolded.

The Russian was clearly disgruntled with Parker hitting him while on his knee, which is against the rules in professional boxing. 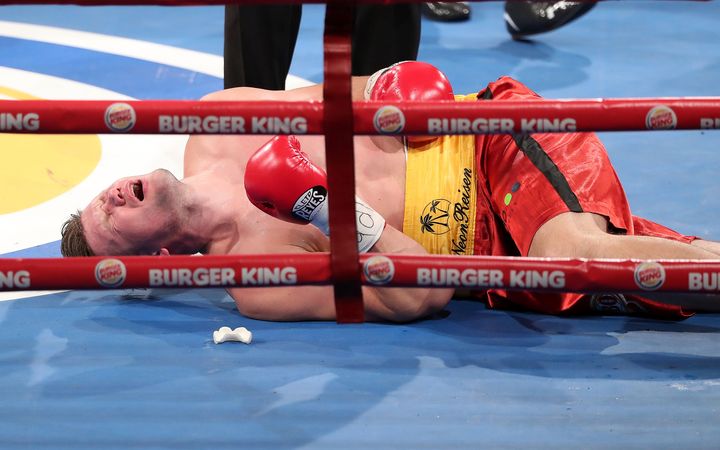 Alexander Dimitrenko was beaten by TKO in the third round. Photo: Photosport

After the fight Dimitrenko struggled to find words to describe how he felt, saying it wasn't the way he wanted it to end.

In the under card Parker's younger brother John won his professional fight against Ratu Dawai in a majority decision.

The man who beat Parker twice in his amateur career, Junior Fa won his fight unanimously over Alapati A'asa.

Fa extends his professional record to 6-0.