In a bid to give holders Europe a fast start to the 41st Ryder Cup, captain Darren Clarke will send out golfing heavyweights Justin Rose and Henrik Stenson first in the opening foursomes. 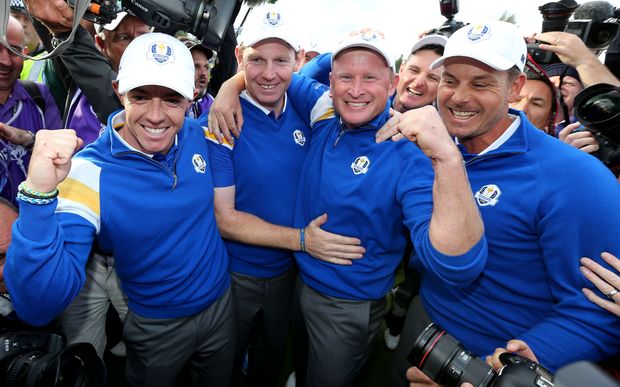 Olympic champion Rose and British Open winner Stenson, who went 3-0 when paired together at Gleneagles two years ago, will face sizzling American duo Jordan Spieth and Patrick Reed in a mouth-watering matchup at Hazeltine National Golf Club in Minnesota.

Twice major winner Spieth and Reed, aged 23 and 26 respectively, formed an unbeaten partnership as rookies at the 2014 Ryder Cup in Scotland.

Clarke opted for a blend of experience and form in his final combination, pairing veteran Englishman Lee Westwood with long-hitting Belgian Thomas Pieters, a rookie who won his third European Tour title at last month's Made in Denmark tournament.

In the second match out, Phil Mickelson and Rickie Fowler will take on Northern Ireland's Rory McIlroy and Englishman Andy Sullivan with Jimmy Walker and Zach Johnson next out against Spaniard Sergio Garcia and Germany's Martin Kaymer.

Europe have triumphed 10 times in the last 15 Ryder Cups and won the trophy for a third successive time with a crushing victory by 16-1/2 points to 11-1/2 at Gleneagles in Scotland two years ago.