With six lbw dismissals cluttering up their scorecard, New Zealand clearly did not put their best foot forward in the first test against India. 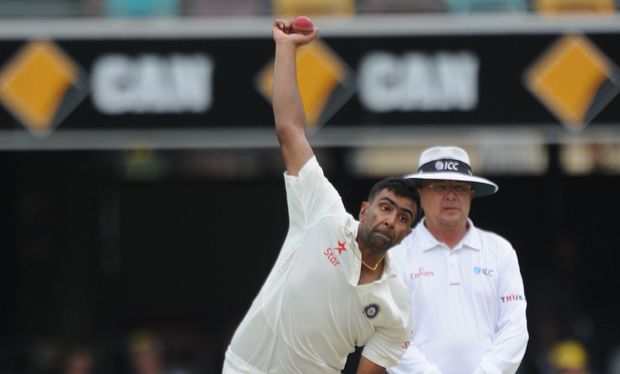 India spinners Ravichandran Ashwin and Ravindra Jadeja frequently beat the bats and hit the pads of the New Zealand batsmen, the hosts coming close to equalling the record of seven lbw dismissals in a test innings.

Jadeja claimed his fifth five-wicket haul in tests and Ashwin dismissed four frontline batsmen as New Zealand squandered a strong start, losing their last five wickets for seven runs to be all out for 262 and concede a 56-run first- innings lead.

India scored freely to consolidate their position in the first match of the three-test series, reaching 159 for one at stumps with Murali Vijay (64) and Cheteshwar Pujara (50) at the crease.

"They were trying to play the sweep shot and we knew if an odd ball keeps low or an odd ball spins, there were always changes of an edge or an lbw," Jadeja, whose five-wicket haul included four leg befores, told reporters.

"Ashwin and I stuck to the stump line. So if you play shots against those deliveries, you expose yourself to being leg-before or bowled."

Jadeja said the lbws could be a result of New Zealand's dilemma on a pitch where the odd ball spun viciously while others went straight.

"Batsmen who are not familiar with Indian or Asian conditions often cannot make up their mind which ball to defend and which one to attack," Jadeja said.

"By the time they got a hang of it, they had lost six-seven wickets."

BJ Watling was one of the few Kiwi batsmen not to perish that way and he conceded the pitch at Kanpur's Green Park Stadium had had his team guessing.

"Sometimes the ball spins here and sometimes it doesn't," he said.

"It's about the lines we play and we're working on that every day, trying to figure it out." 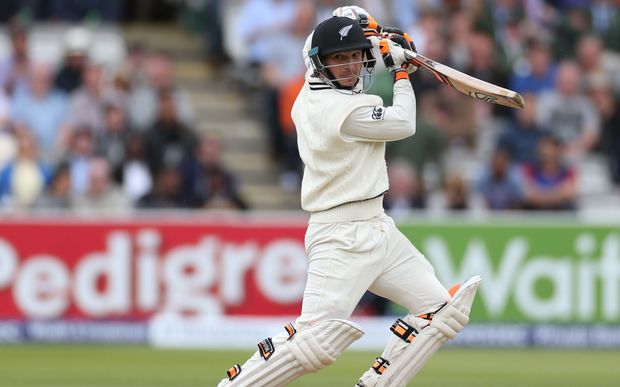 BJ Watling in action for the Black Caps. Photo: PHOTOSPORT

While the Black Caps prepared to tackle the spin, Tom Latham, Ross Taylor and Ish Sodhi were trapped lbw by deliveries that did not really turn.

A couple of leg-before decisions - especially those of Luke Ronchi and Ish Sodhi - were debatable but Watling was not complaining about the umpires.

"They have to make a call. It's the game of cricket, if they think it is out, it is out," he said.

Jadeja exploited the rough to keep the New Zealand batsmen on their toes and the 27-year-old credited head coach and former spinner Anil Kumble for his input.

"He told me when bowling to the left-hander, there was this rough where you'd have the sixth stump. He advised me to create an angle and deliver from wide of the crease.

"He said I should bowl as much as possible into that rough. After pitching there, some balls were going straight and some were turning. It put doubts in the batsmen's mind."